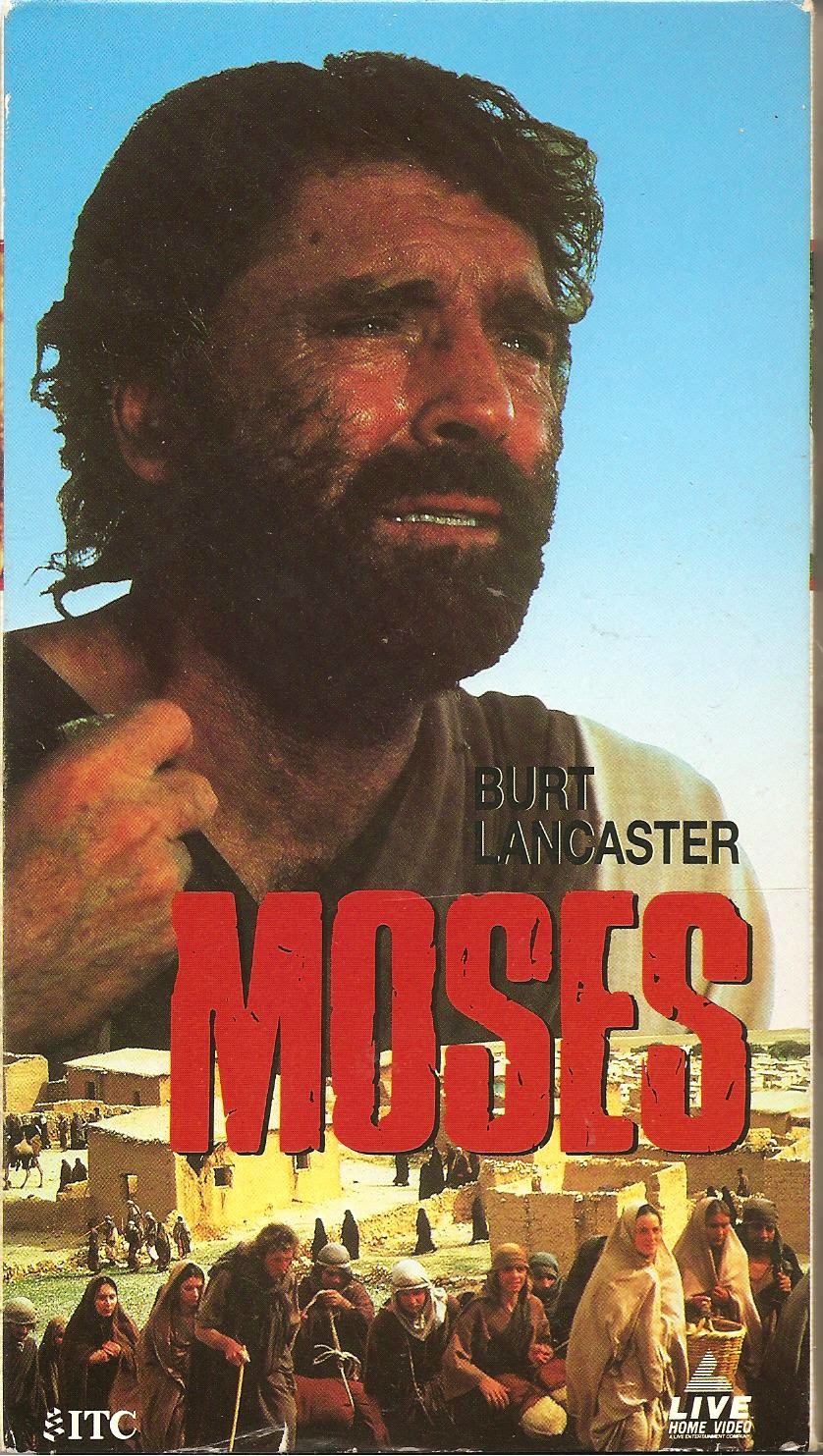 Synopsis: Ever wanted to see The Ten Commandments remade in the style of a low-budget spaghetti western? This is your lucky day…

Blurb From the VHS Jacket: “BURT LANCASTER stars as Moses, the man who led his people from slavery to freedom and faith, in this mammoth production of the Old Testament story.”

What Did I Learn?: Apparently, Moses’ wife had an Italian accent.

Really?: Holy crap – Moses creates a hit squad out of his tribe, throws sinners off cliffs, sentences a man to stoning because he worked on the Sabbath, and then tells his people it’s ok to conquer lands occupied by other people because they don’t enjoy a covenant with God? Ok, I realize this movie takes place 3,000 years ago, and the ancient Israelites didn’t have a lot of punishments available, but it’s a little difficult to sympathize with him after this.

Rating: Moses is a very different re-telling of the Exodus story than The Ten Commandments, and in many respects it’s a better film, even if the special effects are a little low-budget. Moses is quite austere, and spends a lot more time on the period between the escape of the Israelites from Egypt and their entry into the promised land than DeMille's epic. I especially liked Lancaster’s performance; while Charlton Heston portrays Moses as larger-than-life and super-heroic, Lancaster plays him as a real person, with fears, doubts, a short temper, and even world-weariness. Lancaster’s humanity keeps the audience on his side, even when he’s forced to take some disturbing actions. Oh, and you may get a kick out of Ennio Morricone’s most unusual musical score. 7.5/10 stars.