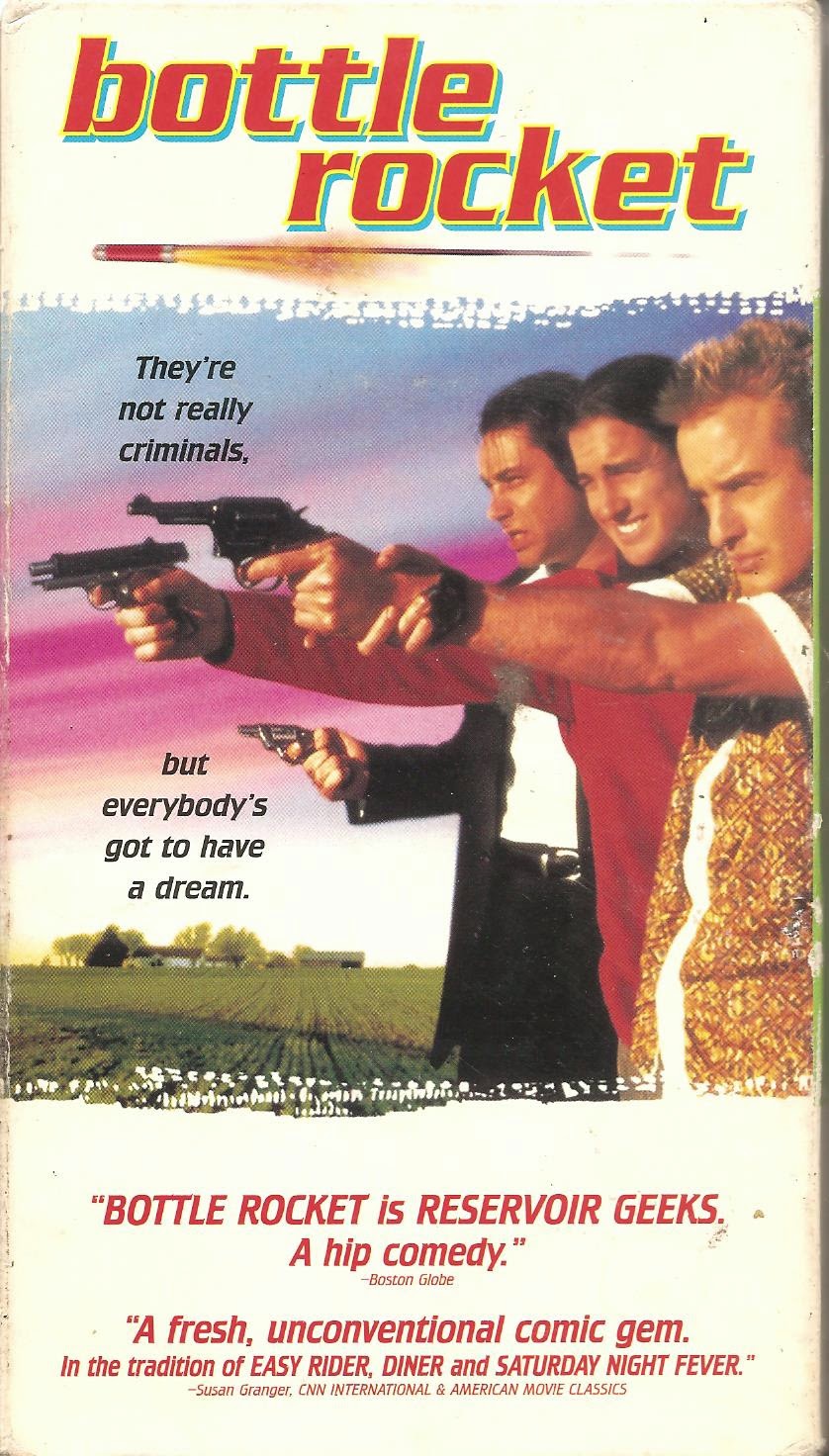 Blurb From the VHS Jacket: “An offbeat crime caper that turns convention on its head… Newcomer Owen Wilson, in a star-making performance, co-wrote the screenplay about three best friends who attempt to escape their suburban boredom through a life of crime.”

What Did I Learn?: Don’t ever invite professional criminals over to your home for a drink. And if you’re going to pull a job with them, don’t even think about leaving the house unguarded.

You Might Like This Movie If: You're enthralled by the misadventures of Anthony, Bob and Dignan. [Both films were titled Bottle Rocket, by the way]
Really?: 1) See: “Synopsis.” Seriously, I think Anthony would have outgrown Dignan (and possibly Bob) years earlier. 2) I’m pretty sure there’s no way a psychiatrist would allow a discharged patient to leave the hospital out a window, using a rope made from bedsheets. 3) So, Anthony doesn’t speak a word of Spanish, and Inez doesn’t know any English, but they still fall head-over-heels for each other? Cute, but does that ever happen in real life?

Rating: Bottle Rocket was Wes Anderson’s first film (it also marked the big-screen debuts of both Luke and Owen Wilson) and a fine example of low-budget movie-making at its best. Bottle Rocket works because the script is funny and clever (although it is rather slow-moving), and you can't help yourself from sympathizing with these nitwits. Owen Wilson is delivers an outstanding performance as the loveable inept Dignan, and I quite liked James Caan's cameo as the charming criminal mastermind, Mr. Henry. 8/10 stars.