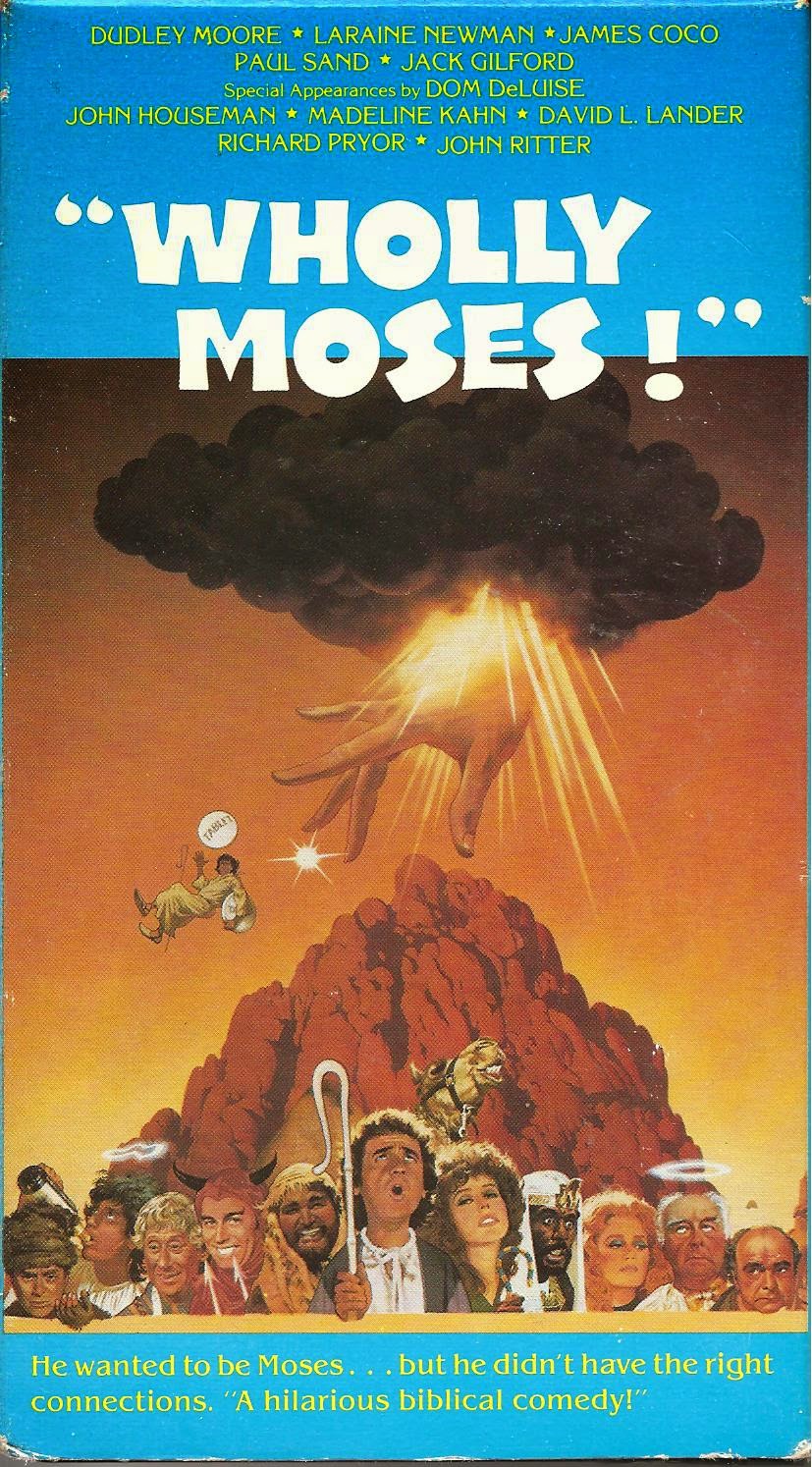 Blurb From the VHS Jacket: “An all-star comedy cast hams it up in this hilarious biblical spoof. Discovered in a desert cave is an ancient document which casts new light on an old story.”

What Did I Learn?: Satan became the Devil when God approached him one day with a red costume and said: “here, try this on.”


Really?: Wholly Moses is a screwball comedy, and obviously isn’t meant to be taken all that seriously. Still, I had a hard time believing a professor of ancient languages wouldn’t place the scroll back inside its jar and then call in the archaeologists. Taking it outside seems a bit bone-headed.

Rating: I wanted to like Wholly Moses a lot more than I did. Moore does his best with the material, the cast is impressive, and the film features a few good moments (John Ritter makes a wonderful cameo as a surprisingly likeable Devil – see “What Did I Learn?”, and I’ll never forget Richard Pryor’s portrayal of a coked-out-of-his-mind Pharaoh), but it’s otherwise a meandering and unfunny mess, and I’m not surprised that it bombed as badly as it did. I cannot recommend this movie. 4.5/10 stars.

Would It Work For a Bad Movie Night: It’s worth a shot – hey, take a drink any time somebody uses the phrase “chosen one.”