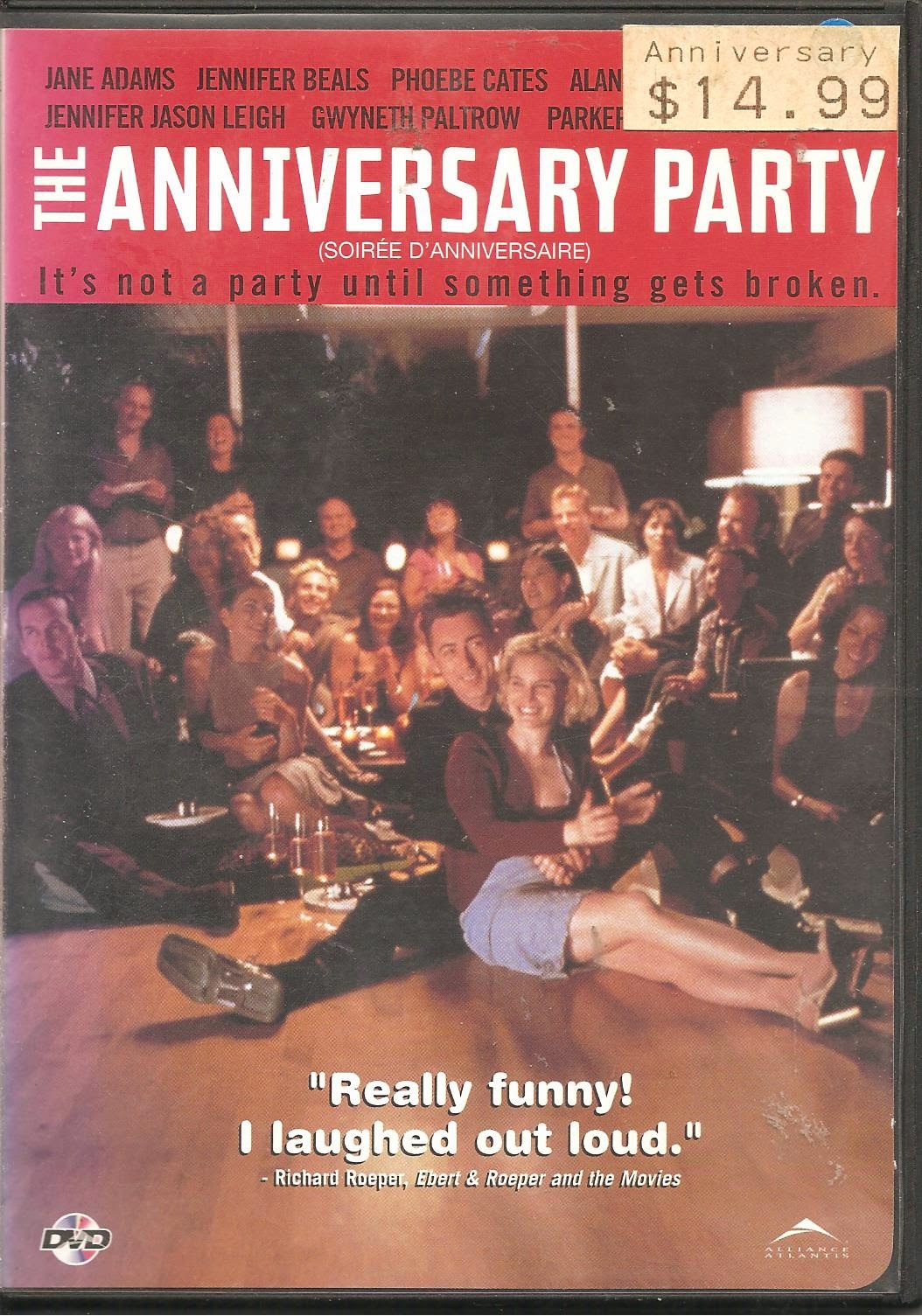 Hmm…this film would have been perfect for my salute to Los Angeles in January, 2013.

Synopsis: Hmm….Jennifer Jason Leigh and Phoebe Cates dish the dirt about boys and getting pregnant. Oh my God, it’s a grown-up version of Fast Times at Ridgemont High without the comedy relief from Spicoli and Mr. Hand!

Blurb From the DVD Jacket: “You’re invited to a glamourous, star-studded Hollywood event that’s about to go hilariously out-of-control.”

What Did I Learn?: 1) Nothing ruins a game of charades quite like addressing one of your teammates as a “stupid cunt.” 2) You’re never too old for a lolly – especially after you have ingested mind-altering drugs.


Really?: Funny how most of the really nasty fights occur after everyone has popped the ecstasy.

Rating: The Anniversary Party is a cleverly-written, and sometimes-funny day-in-the-life look at Hollywood actors and filmmakers, and the petty resentments that lay just below the surface of things. Leigh’s performance is especially good. 8.5/10 stars.