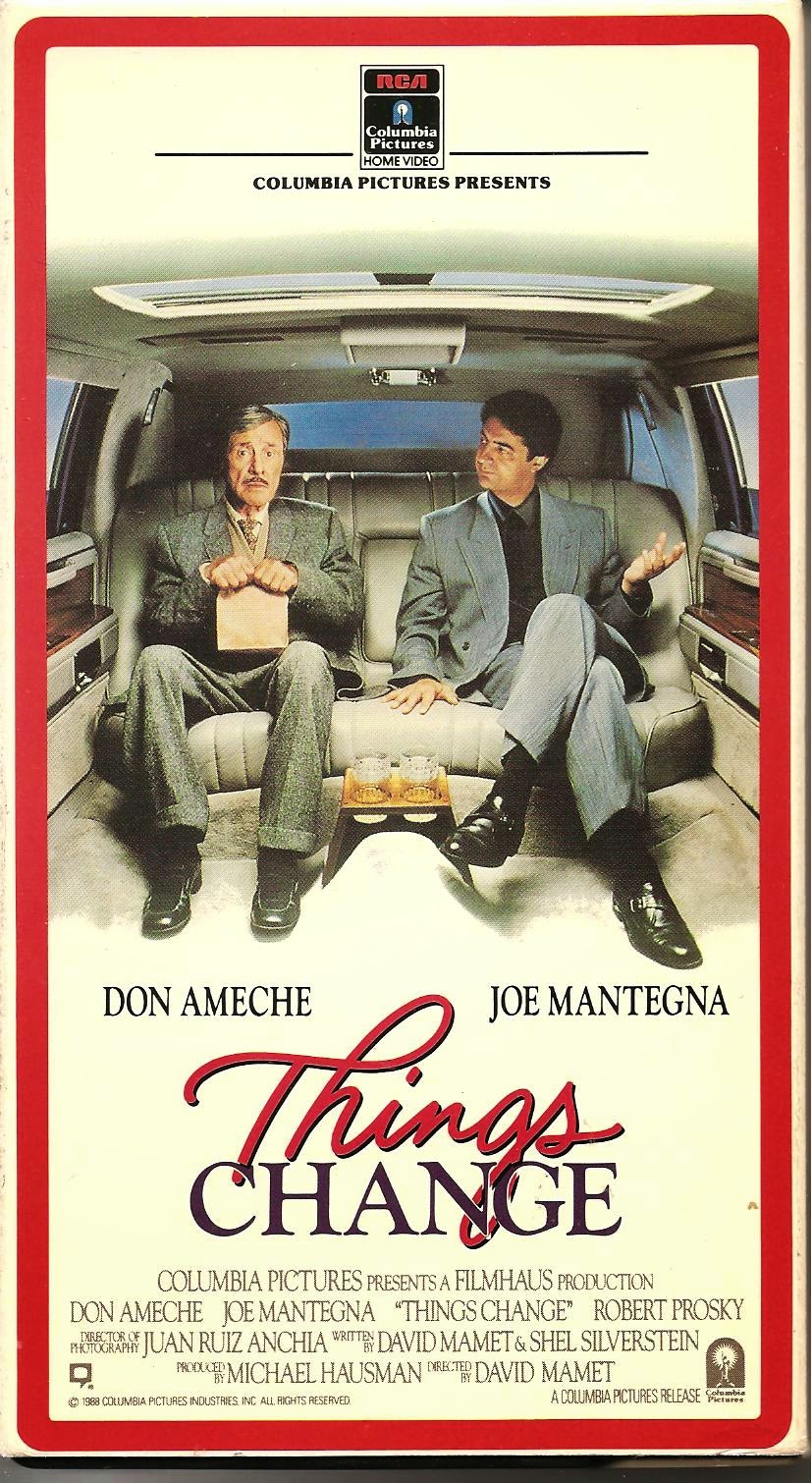 Dang  - this would have been perfect for my salute to gangster movies a few years ago.

Synopsis: It’s The Godfather Part II meets Being There.

Blurb From the VHS Jacket: “Don Ameche and Joe Mantegna take the mob for a comic joyride in this fast-and-loose farce of mistaken identity and hilarious misadventure.”

What Did I Learn?: Fellas, if you’re staying in Lake Tahoe’s most luxurious hotel suite, and you can shrug off losing $100 grand at the roulette table with a cryptic “things change,” it’s super-easy to attract hot chicks – even if they’re at least 30 years younger than yourself.


Really?: 1) So, um…is the Mafia so big that one major-league crime boss might not know the identity of another major league crime boss? If it is, I wonder if the FBI has ever thought about creating a phony Don. 2) The New York mob tries to convince Gino to take the rap for a crime he didn’t commit by telling him he’ll only get three-or-so years in the slammer. Three years for a murder? Who would believe that lie?

Rating: Things Change is a light-hearted and very easy-going gangster comedy, featuring a nice performance from Mantegna, a great one from Ameche, and a cleverly-written script from David Mamet and – believe it or not – children’s author Shel Silverstein. I’m keeping this one for my permanent collection of films. Highly recommended. 10/10 stars.