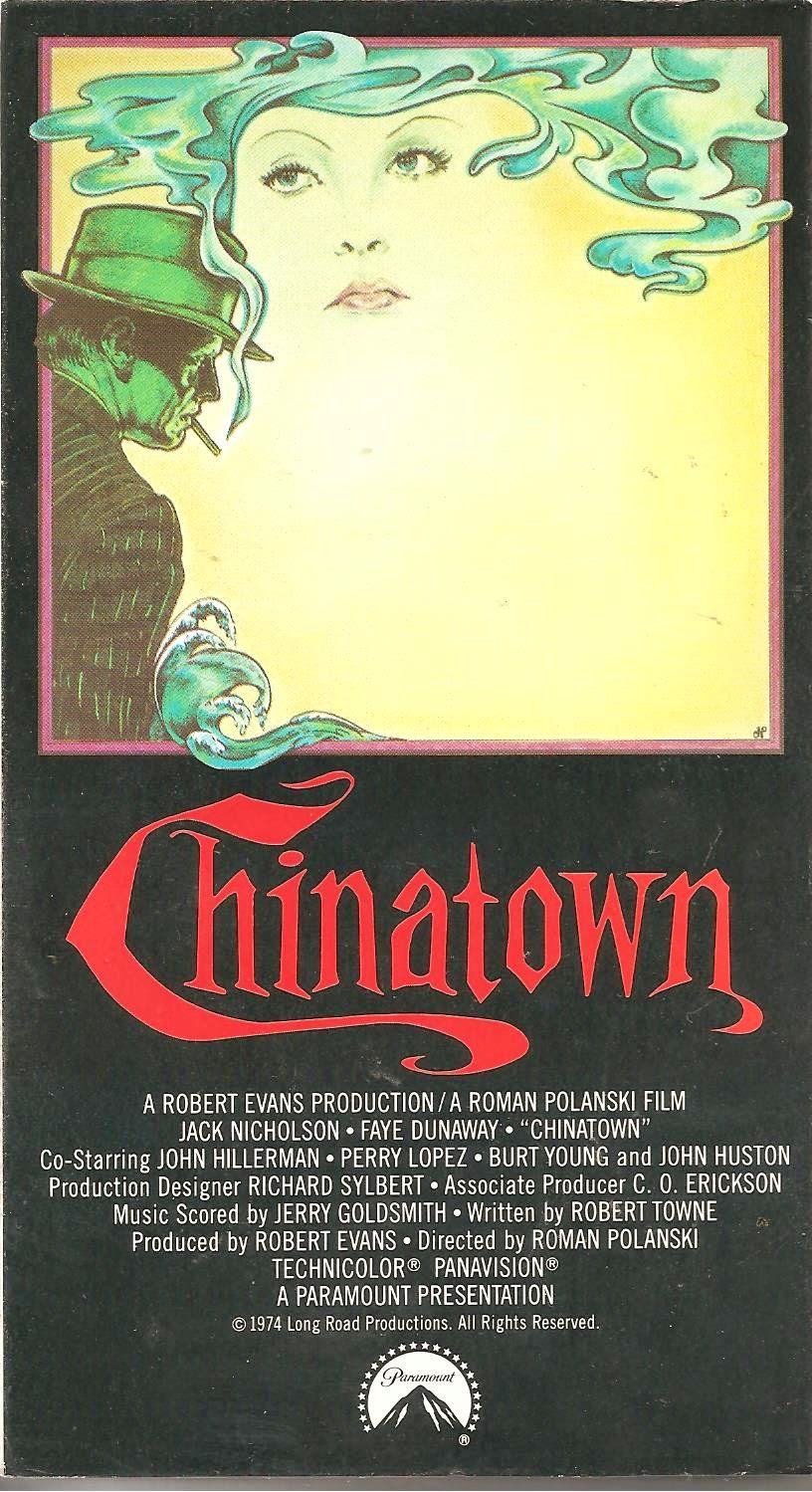 Please click the link to read my review of The Kid Stays in the Picture (Chinatown was one of producer Robert Evans’ biggest successes).

Blurb From the VHS Jacket: “This sinister son of film noir is one of the most meticulously crafted Hollywood films in many years. Everyone involved collaborated to re-create for contemporary tastes this disillusioned vision of seedy, sunkissed, pre-war Southern California.”

What Did I Learn?: 1) Nosy fellows lose their noses. 2) Politicians, ugly buildings, and whores all get respectable if they last long enough.

Really?: 1) Hold on – Noah Cross is one of the richest and most powerful men in California, and he just had to bang his own daughter? Ok, maybe he’s just a fucked-up weirdo, but if he’s into very young girls, I would think he could have found other alternatives. 2) I can understand Jake wearing nice suits at the office to impress his clients, but the movie takes place in Southern California during a drought, and Jakes spends a lot of time outdoors. Gee, there’s nothing I enjoy more on a hot day than wearing a lot of dark wool.

Rating: Roman Polanski’s Chinatown is rightly considered to be a masterpiece of modern cinema. The storyline is compelling (Chinatown’s script has long been used as an example of a model screenplay) and Jack Nicholson is at the top of his game as Jake Gittes. Interestingly, the movie also works well as a period piece – it looks and feels like a 1930s/1940s Raymond Chandler detective story (although it was written by Robert Towne). Highly recommended. 10/10 stars.