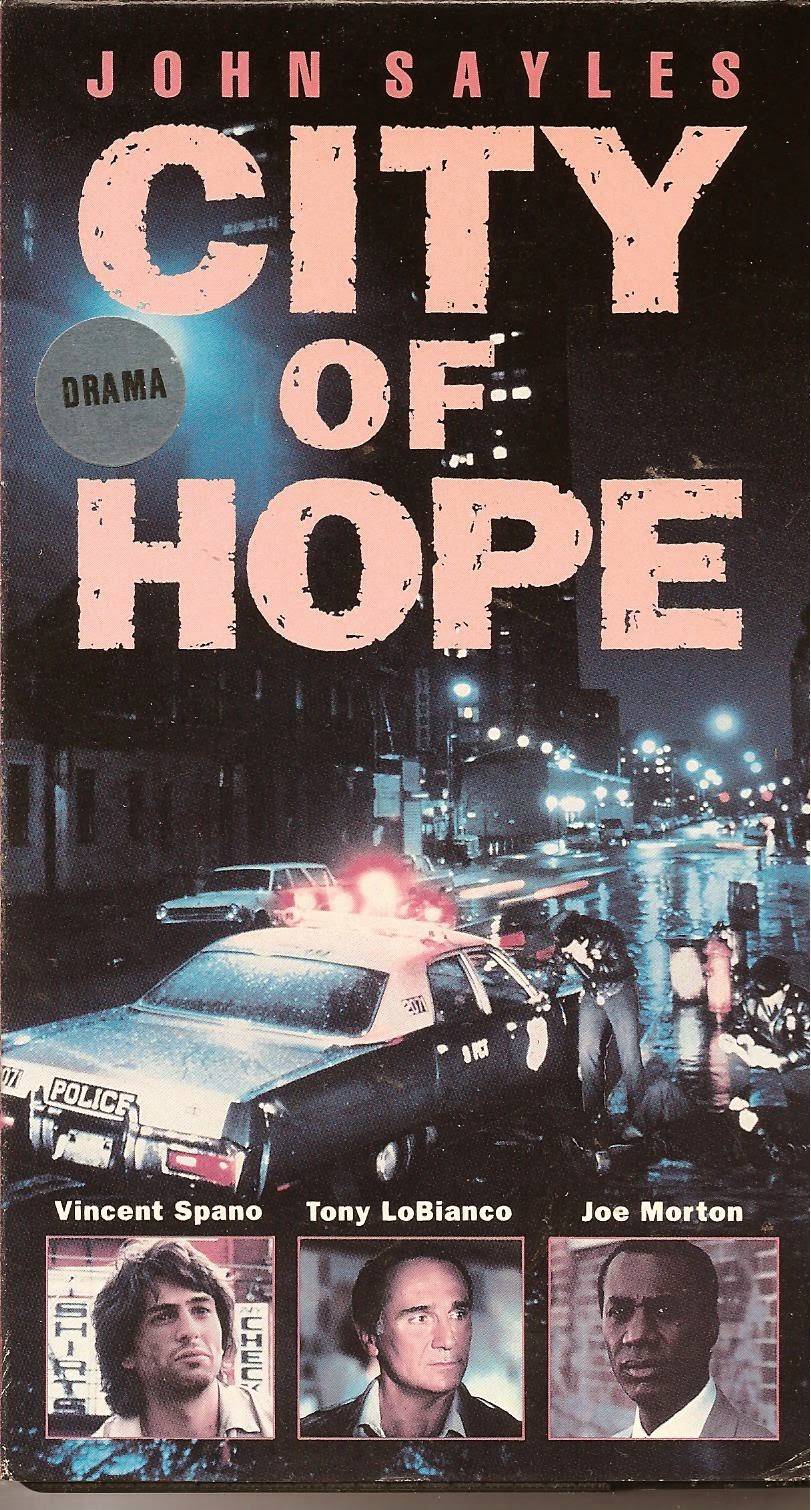 Synopsis: So let’s see… the Mayor is on the take; the cops are racist assholes who pursue personal vendettas; property developers get their way through arson and payoffs; violent punks run wild in the park; and the idealistic city councillor has to resort to race-baiting demagoguery if he wants to keep his seat. Aside from that, there’s plenty of hope in this city.

Blurb From the VHS Jacket: “Corruption – personal and political – is the subject of John Sayles’ CITY OF HOPE, a piercing look at a decaying East Coast city. From the heights of City Hall, where favors are bought and sold, to the steaming streets, where petty punks are harassed by racist cops, Sayles explores every gritty detail of urban life.”

You Might Like This Movie If: You want to see a dysfunctional city in action.
Really?: 1) I realize Nick is a junkie, and hardly the sharpest knife in the drawer, but not that many people would walk away from a job that only involves showing up to collect a paycheque. 2) Holy shit, I really didn’t need to hear Asteroid (David Strathairn) yell and scream: “shut the lights!”, “we need help!” and “money talks nobody walks!” at least 300 fucking times.

Rating: City of Hope is an intelligent, well-written ensemble drama from filmmaker John Sayles. It's a shame this movie fell down the memory hole shortly after it was released, because while it tends to drag a bit at times, it’s filled with good performances and a number of powerful moments. 8/10 stars.