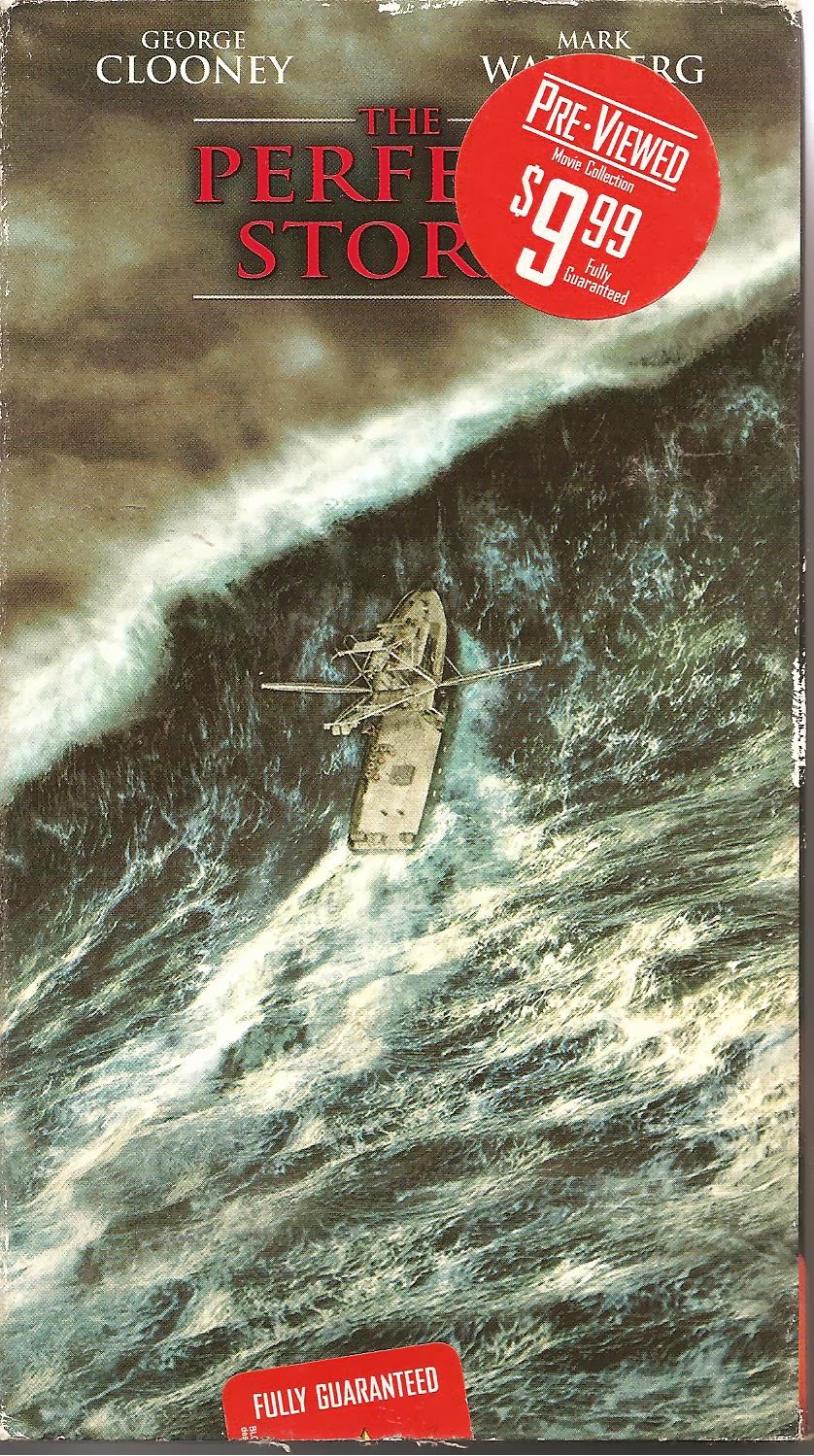 Synopsis: It’s 130 minutes of George Clooney, Mark Wahlberg and Diane Lane complaining about the weather like a bunch of whiny Canadians in January.

Blurb From the VHS Jacket: “Who knew hell was wet?”

What Did I Learn?: The ocean is a dangerous place that’s best avoided by humans.

You Might Like This Movie If: You've always wanted to see a full-length, feature film of this, this, and this, with maybe a bit of plot, character-development and snappy dialogue thrown in.
Really?: 1) So wait – Captain Tyne (Clooney) has an opportunity to surface from a sinking ship and he doesn’t take it? Maybe I could believe that captain-always-goes-down-with-his-ship jazz if he lived alone, or was seriously depressed, but he has children – and a potential girlfriend back home. 2) Tyne and his men are fishing near the Flemish Cap, which isn’t that far from St. John’s Newfoundland. Instead of either letting their fish rot, or returning to Massachusetts through a horrible storm, couldn’t they have perhaps sailed to St. John’s and purchased a new ice machine?

Rating: While the action sequences and special effects in The Perfect Storm are top-notch, and it is certainly compelling at times, I think Wolfgang Petersen (the man who gave us the incredible Das Boot) missed the mark on this film. The audience never gets to know the main characters except on a fairly superficial level, so the funeral and eulogy at the end of the lacks any emotional punch (instead, we're manipulated with a lot of sombre music). With an improved script, The Perfect Storm could have been a much better movie.  6.5/10 stars.