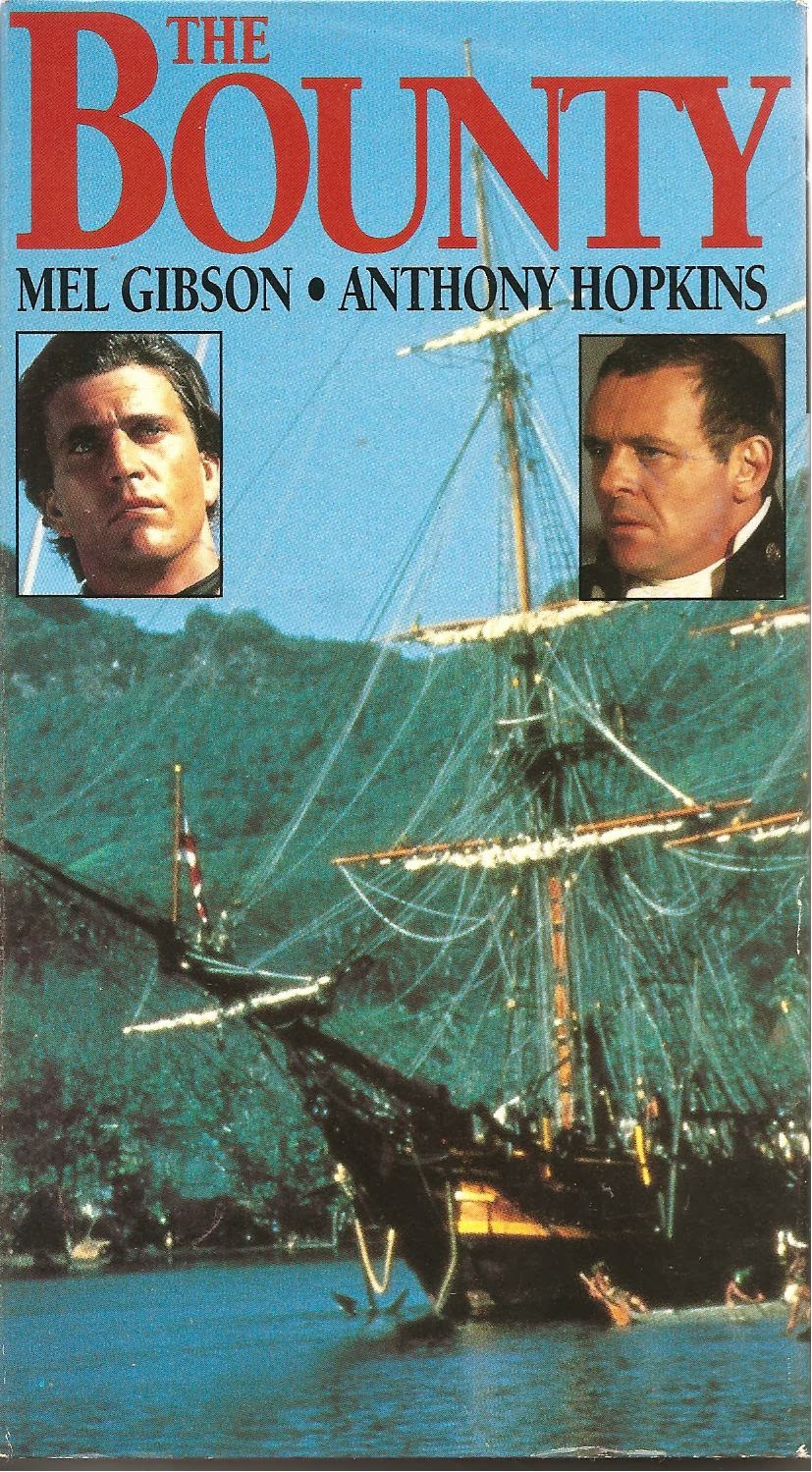 Synopsis:  Grumpy old salt learns the hard way that “the beatings shall continue until morale improves” is a management strategy that’s fraught with peril.

Blurb From the VHS Jacket: “In 1787, Lt. William Bligh (Anthony Hopkins) leads an expedition to take breadfruit plants from Tahiti to Jamaica, which his old friend Fletcher Christian (Mel Gibson) as Master’s Mate.”

What Did I Learn?: While I respect the institution of marriage, I can’t help thinking that if old hot-and-bothered Bligh had temporarily set aside his vows and banged some hot Polynesian chicks on Tahiti, a whole lot of unpleasantness at sea could have been avoided.

Rating: Unlike previous films that dealt with the famous mutiny, The Bounty presents Lt. Bligh as a human being (albeit a deeply flawed one) rather than a sadistic monster; the movie sympathizes with Christian and the mutineers, but we can see that Bligh had legitimate reasons for his decisions. Hopkins and Gibson work well together, and it’s fascinating to watch the growing tension between Bligh and Christian. Clocking in at 130 minutes, The Bounty is a long film that never seems to drag – it’s well-written and compelling, although the electronic score by Vangelis seems a little odd in place. Watch for early performances from Liam Neeson  and Daniel Day Lewis, as well as a cameo from Laurence Olivier. Highly recommended.  10/10 stars.