Some of you might have noticed that I took a four-month hiatus from blogging after I posted my review of S.O.B. at the very end of May. Heck, I even neglected to commemorate the five-year anniversary of Schuster at the Movies back in September!

To be honest, I needed a bit of a break from this blog. I also needed a bit of time to finally binge-watch a number of TV series I had acquired from the Salvation Army, BMV, and a video store on St. Clair Avenue that’s going out of business.

Schuster at the Movies is a movie review blog, but I’d like to offer some very quick thoughts (or mini-reviews) on a few of these shows. 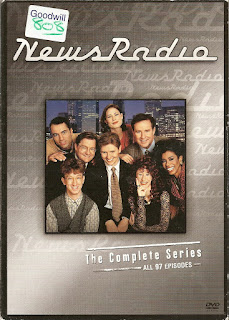 NewsRadio is one of those shows I always meant to check out when it was on the air, but I never got around to enjoying. The show’s humour is a little too wacky/silly for my taste, but it’s delightful to watch the late Phil Hartman in action, and Dave Foley is also good as the Andy Travis-type straight man in the centre of the insanity. NewsRadio isn’t as good as another ensemble comedy set in a radio station: the legendary WKRP in Cincinnati, but it was obviously influenced by the latter. 7/10 stars. 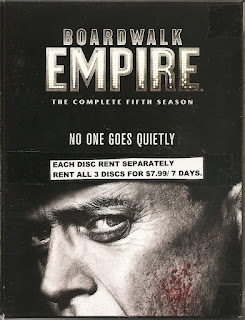 Boardwalk Empire is a lavishly-produced, and very compelling look at Prohibition-era gangsters in Atlantic City. Think of it as The Sopranos with tommy guns and much better suits. The first two seasons are excellent; the next three are pretty good, but the action slows to a crawl and many of the characters no longer interact with each other. The fifth and final season consists of only eight episodes, and it’s really depressing. 8.5/10 stars. 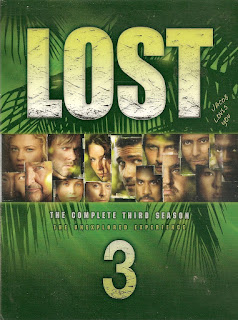 Lost is a highly imaginative, and incredibly addictive show about survivors of a jetliner crash who discover they aren’t alone in their mysterious new home. (A buddy of mine described it as “Beverly Hills 90210 on Gilligan’s Island, with the Predator nearby.”) Much like Boardwalk Empire, the first two seasons are outstanding, but Lost’s biggest problem is that the writers kept pushing the show’s credibility to the breaking point, so the storylines became progressively sillier and more ridiculous (perfect example: there’s a giant underground wheel that can “move” the island when it’s turned). I’ve heard that Seasons 5 and 6 are just plain awful, which is why I can't bring myself to watch them. 7.5/10 stars. 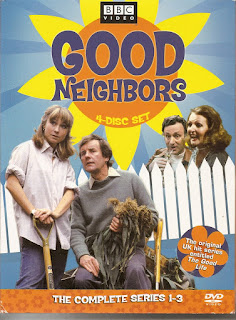 The Good Life (aka Good Neighbors in the US) is a delightful Britcom about a suburban couple who decide set up a farm in their backyard, and their slightly-more-conventional best friends who live next door. Richard Briers, Felicity Kendal and Paul Eddington are all quite good, but Penelope Keith steals the show as the snobby (but strangely sympathetic) Margo Leadbetter. The premise of every episode is basically the same: Tom and Barbara drive Margo nuts by doing X, but it works. 9/10 stars. 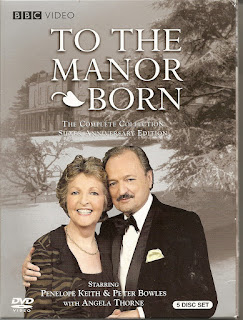 To the Manor Born isn’t nearly as funny as The Good Life, even though Penelope Keith’s character, Audrey Forbes-Hamilton, is quite similar to Margo in a number of ways. That said, Keith and Peter Bowles share some great chemistry together, and the show offers an interesting look at late-1970s Britain and the class divisions that used to be much more prominent. To the Manor Born doesn’t provide that many laughs, but there’s something about it that’s strangely comforting. Oh, the five-disc collection also includes an atrocious 2005 reunion episode that never should have been made. 6.5/10 stars. 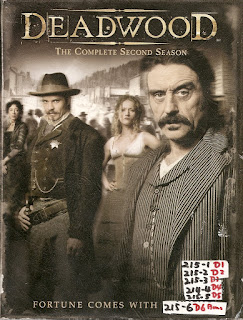 Deadwood has a slow beginning, but it’s quite addictive after the first few episodes. Even if you’re not all that fond of Westerns, Deadwood is a wonderful series because it combines high production values with interesting stories and complex, multi-layered characters. Interestingly, the real star of this show isn’t its hero, Sheriff Seth Bullock, but the saloon-owning (and surprisingly likeable) villain, Al Swearengen, played brilliantly by British actor Ian McShane. Check it out if you get a chance. 10/10 stars. 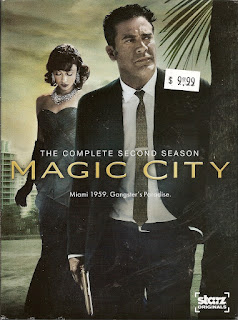 Magic City is all flash and glam and no substance. If Boardwalk Empire is The Sopranos in the 1920s, Magic City is basically Boardwalk Empire in 1959 Miami, albeit with bad writing, boring and unlikeable characters (I swear, at one point I was about ready to throw a brick at my television if the protagonist, Ike Evans, said one more heartfelt “thank you” to his dead wife’s sister), and a surprising lack of suspense. Ok, the first season isn’t all that bad (I might give it 5.5 out of ten stars), but the second is a total stinkeroo in spite of a nice cameo appearance by James Caan. 4/10 stars. 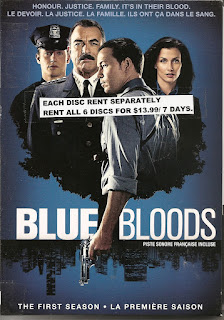 Blue Bloods provides more evidence for something I learned in the 1980s: Tom Selleck isn’t very good at picking scripts. On paper, Blue Bloods should have worked: Selleck is the patriarch of a NYC family of cops, and his kids include a beat cop, an Assistant D.A. (Bridget Moynahan), and a hard-boiled detective (Donnie Wahlberg). Oh, but it doesn’t. Selleck’s character dispenses self-righteous, clichéd and platitudinous pap around the family dinner table in every episode, while Moynahan and Wahlberg pointlessly engage in an old and tiresome debate about the rights of the accused versus the need to protect society from criminals. Most movies and television shows would use that tension to eventually get the D.A. and the detective into a passionate affair, but since they’re sister and brother, there’s zero chance of that happening. I gave up on Blue Bloods after four episodes. 3/10 stars. 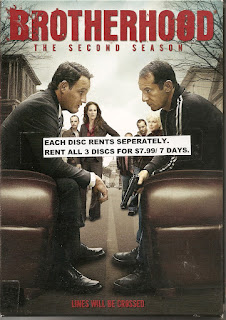 Brotherhood is the ho-hum story of a low-ranking Irish-American gangster who makes life difficult for his politician brother when he suddenly arrives home in Providence, Rhode Island after several years on the run. I wanted to like Brotherhood more than I did, but none of its characters are all that likeable, so it’s hard to care about any of them. 6.5/10 stars. 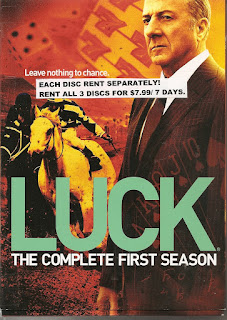 Luck features an impressive cast of performers (Dustin Hoffman, Nick Nolte, Dennis Farina), and was produced by Miami Vice’s Michael Mann (who also directed The Keep, but let’s leave that aside). The DVD box describes the show as “as provocative look at the worlds of horse racing and gambling told through a diverse group of characters surrounding a California racetrack.” Sounds like a sure-fire winner, right? Well, don’t bet on this pony, folks. Luck is one of the dullest TV dramas I’ve ever encountered. NOTHING. EVER. HAPPENS. And you can imagine my surprise when I discovered that Hoffman never once shares a scene with Nolte. 4/10 stars. 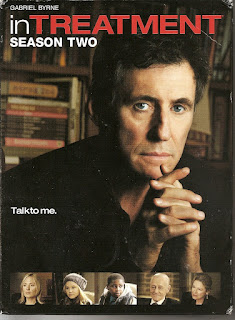 In Treatment tells the story of Paul Weston (Gabriel Byrne), a brilliant and highly-compassionate psychologist who isn’t very good at understanding his own problems. In Treatment is intelligently-written, and quite engaging, but it isn’t for everyone; each episode consists of Paul conversing with either his patients or his personal shrink, so it’s entirely dialogue-and-character-driven. Byrne does a magnificent job with his role, even during Season Three, which is a bit of a disappointment compared to the first two. 9/10 stars. 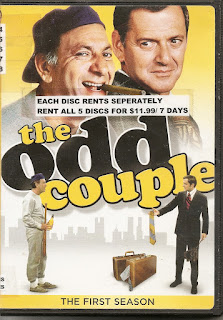 The Odd Couple picks up where the 1968 movie and Neil Simon’s play leaves off: slobby-but-otherwise-ordinary-guy Oscar Madison and his obsessive compulsive roommate Felix Unger get into wacky new adventures every week. I hadn’t seen any episodes of this show in decades, so I had forgotten just how funny it still is, almost 50 years after it first aired. Klugman is terrific, but Randall gives a tour-de-force performance as Felix – it was a role he was born to play. 10/10 stars. 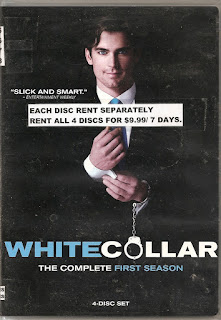 White Collar is essentially the continuation of Catch Me If You Can: a non-violent con artist gets out of jail and works for the FBI agent who busted him. White Collar isn’t a terrible show, but it doesn’t quite work.  Neal (Matt Bomer) has an almost magical ability to solve any crime, and the whole thing is a little too cutesy-poo for my taste. And while it’s nice to see Tiffani Thiessen in action again, her role as the FBI agent’s wife seems a bit superfluous and tacked-on. 5.5/10 stars. 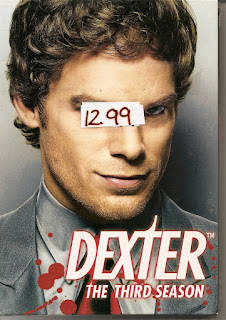 Dexter is an entertaining, albeit highly contrived series about a Miami-based serial killer who only targets other murderers. It isn’t always easy to sympathize with the protagonist when he cruelly dispatches his targets, but moral concerns aside, the biggest problem with this show is its lack of likeable (or even interesting) supporting characters. Dexter’s sister, for instance, is incredibly whiny and obnoxious. Dexter works best when it focuses on our hero hunting down villains. It doesn’t work so well when Michael C. Hall’s co-stars interact with each other. 7/10 stars. 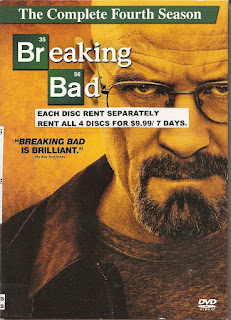 Breaking Bad shares some odd similarities with Dexter in the sense that a seemingly-normal guy commits some major felonies, and must keep his activities secret, especially from his family members in law enforcement. That said, I would say that Breaking Bad is a superior show; it’s funnier, more compelling, and its supporting characters are better fleshed-out. (I also liked that it’s set in New Mexico, and it showcases a state that doesn’t often appear in the entertainment media). My only complaint would be that I got really tired of hearing Jesse (Aaron Paul) address everyone as: “bitch.” 10/10 stars. 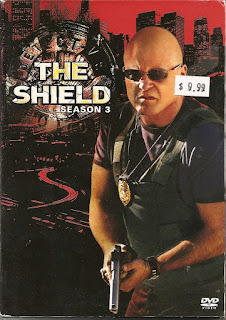 The Shield could be described as The Wire meets To Live and Die in L.A. Michael Chiklis stars as Vic Mackey, a corrupt-yet-extremely-effective L.A. detective who heads a special unit that targets gangbangers and drug dealers. The show is a lot of fun when the unit shares an esprit de corps, and they rob the Armenian money train, but the last couple of seasons are heartbreaking and rather difficult to watch. 8/10 stars. 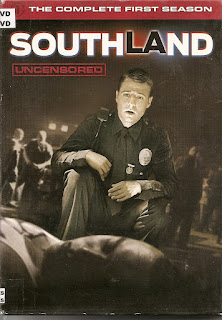 Southland is a bit like The Shield without the Vic Mackey character. It focuses on three sets of Los Angeles police officers (two patrol cars, and a detective duo), as they deal with their personal issues while solving crimes. C. Thomas Howell is awesome as the obnoxious (but extremely funny) Officer Dewey, but the three storylines rarely interact with each other, and I found that I didn’t really give a shit when the season finale ended. 6.5/10 stars. 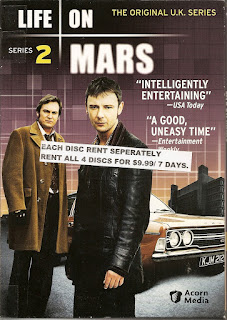 Life on Mars is a British series about a modern-day cop who wakes up from an accident and mysteriously finds himself serving as a detective under the command of a brutal-and-hard-drinking, yet strangely likeable boss in 1973. I won’t give away too much, but it’s brilliantly-written, very funny in places, and a respectful send-up of gritty 1970s police procedurals like The Sweeney. 10/10 stars. 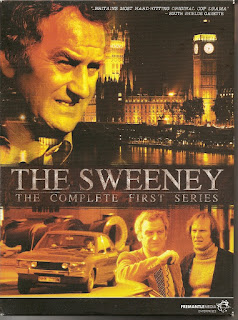 The Sweeney is a must-see if you ever wondered what Life on Mars would have been like without Sam Tyler and the time travel storyline. The Sweeney stars John Thaw as D.C.I. Regan, a hard-boiled copper who isn’t afraid to break the rules (or the law) in order to put criminals behind bars. It’s a good series, although some of the episodes are definitely hit-or-miss, and by the end I got a bit tired of Jack Regan strong-arming everyone he encounters. 7/10 stars.