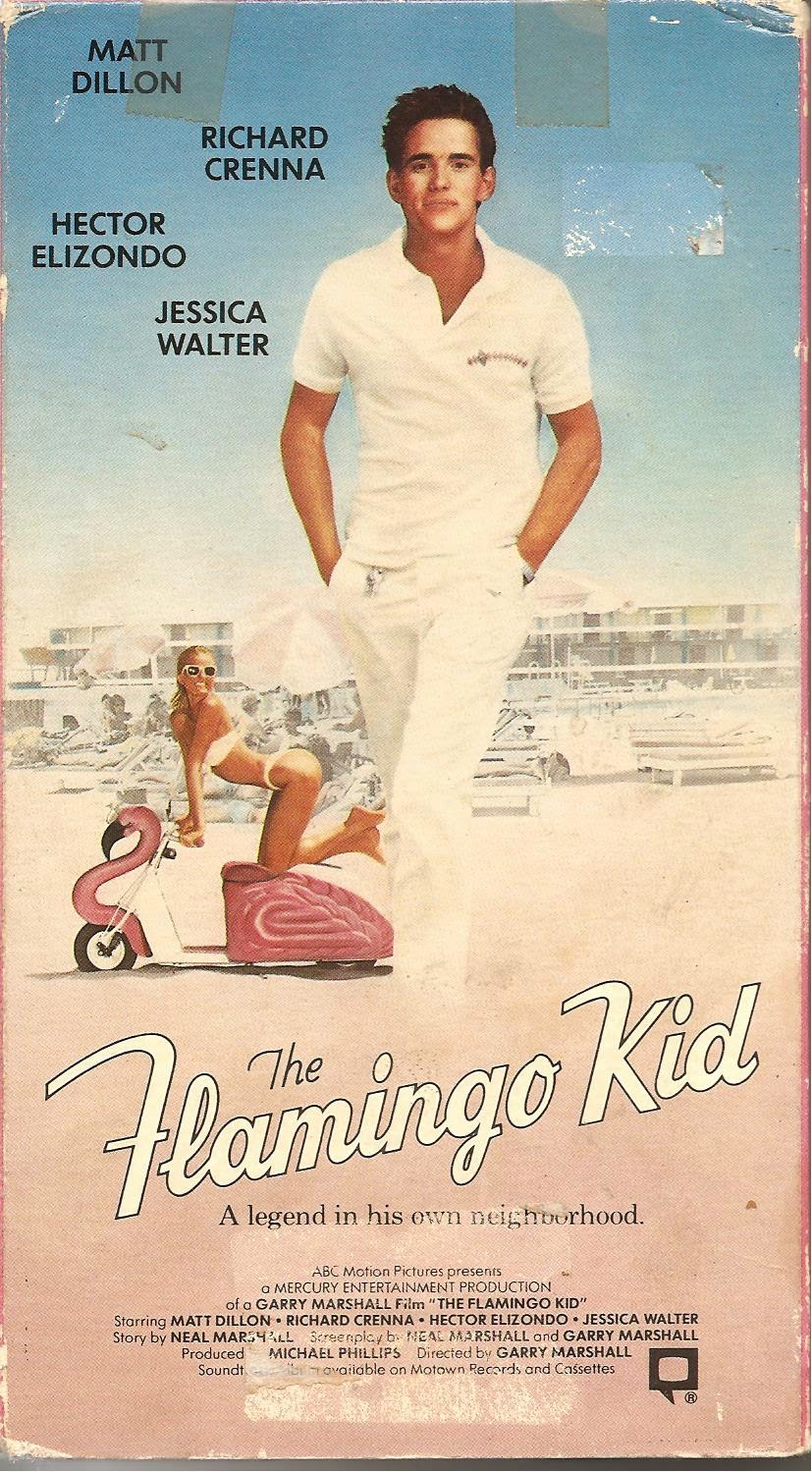 Blurb From the VHS Jacket: “Everything was settled for 18-year old Jeffrey Willis (MATT DILLON), the plumber’s son from Brooklyn: one last summer of carefree fun before college. That was until his friends come speeding up in their 1960 convertible to invite Jeffrey for an innocent day at their parents fancy beach club on Long Island.” [“…at their parents fancy beach club?”]

What Did I Learn?: If you want to sound like a pretentious snob, ask your Mom why she doesn’t serve aspic for dinner.

Really?: 1) Funny how Alfred Schultz (a pre-Beverly Hills Cop Bronson Pinchot) more-or-less disappears somewhere near the middle of this movie. Come to think of it, Jeffrey falls for Carla (played by the future Mrs. Wayne Gretsky, Janet Jones), and the love interest basically becomes a minor sub-plot. 2) I have to wonder: did Caucasian and African-American teenagers hang out together all that much in New York in the early 1960s? It’s interesting how Jeffrey has a black friend at the club, and race never becomes an issue – even when they piss off a gang of local toughs.

Rating: The Flamingo Kid is an enjoyable, and very easy-going coming-of-age comedy that features a good performance from Dillon, and great ones from Hector Elizondo as his stressed-out father, and Richard Crenna as the rich-but-oily car salesman. Watch for Marisa Tomei and John Turturro in early roles. 8/10 stars.