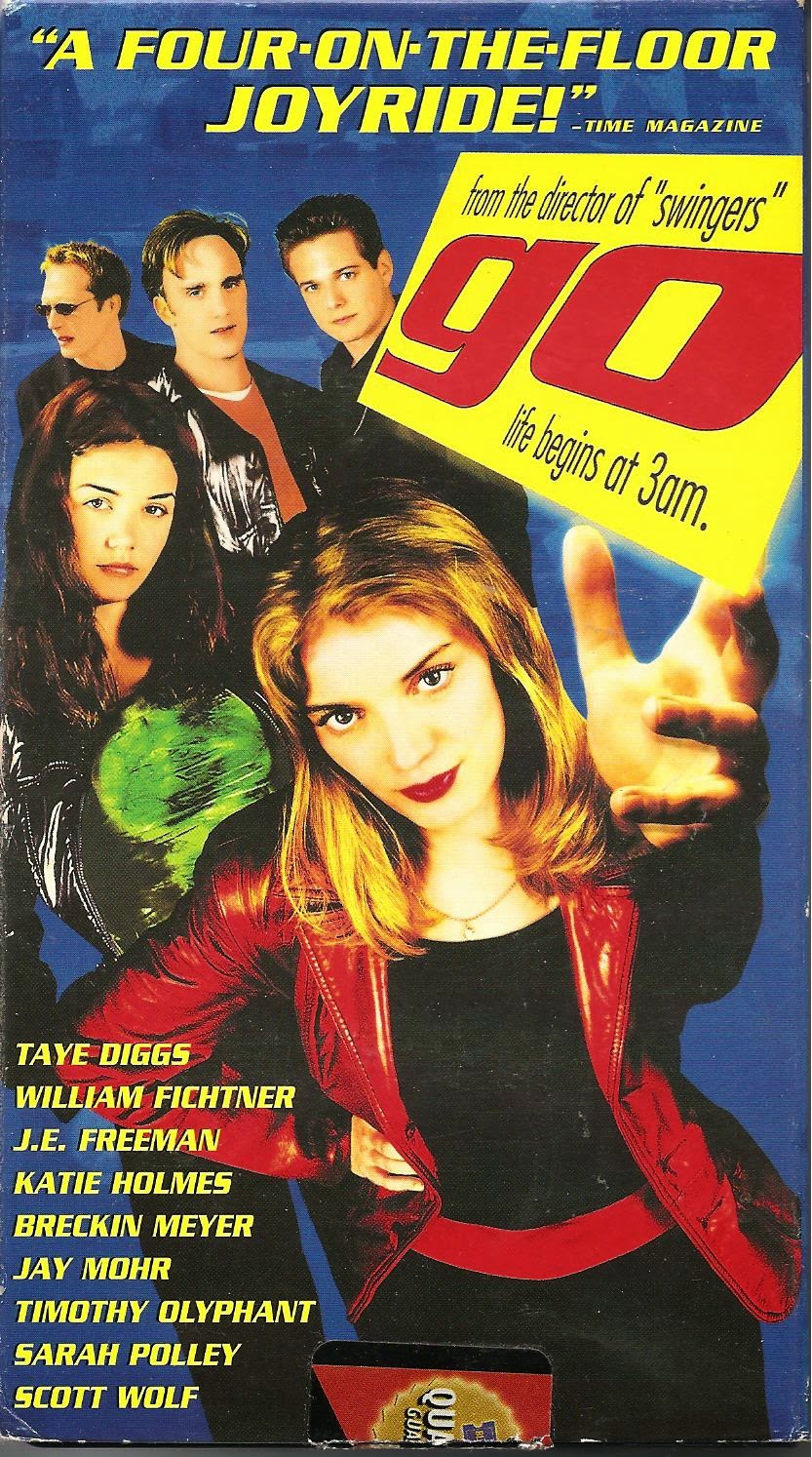 Synopsis: Hmm…three intersecting stories of various lowlifes are told consecutively. Hey, it’s just like Pulp Fiction, albeit without any big stars or a kick-ass soundtrack. [Ok, I guess Katie Holmes is now a big star]

Blurb From the VHS Jacket: “RONNA needs to make some extra cash. SIMON wants to escape to Vegas for the weekend. ADAM and ZACK want to stay out of trouble. But it’s not just another night in the life of these unusual characters. They’re about to embark on a wild ride that won’t end until the sun comes up.”

What Did I Learn?: 1) If a strip club bouncer ever warns you against touching an exotic dancer during a private lap dance, for crying out loud, DON’T TOUCH HER! 2) The Family Circus comic strip is always there – in the lower right hand corner of the newspaper, just waiting to suck.

You Might Like This Movie If: You know that drugs are bad, mmmkay.
Really?: 1) I had a hard time believing Marcus (Taye Diggs) would ever hang out with Tiny and Singh (to say nothing of that idiot, Simon), considering he seems to be a whole lot smarter than any of them. 2) So wait – Claire sees the drug dealer who held her as a hostage the night before, and she sits down at his table at the diner for breakfast? And he allows this, even though he tried to bump off her friend just a few hours earlier? Oh, come on…

Rating: Go is a fun, roller-coaster ride of a movie about a drug deal gone bad. I’m not a big Sarah Polley fan, but she gives a great performance as the cynical, and world-weary Ronna. My only complaint about Go is that it’s wildly uneven. The movie was originally written as a short film about the first storyline, and the others were created later, so there isn’t a lot of cohesion among them – they don't feel like they belong together. The Ronna story is a lot darker than the Simon-in-Vegas misadventure, while the third involving Zack and Andy is actually a bit dull. 8/10 stars.