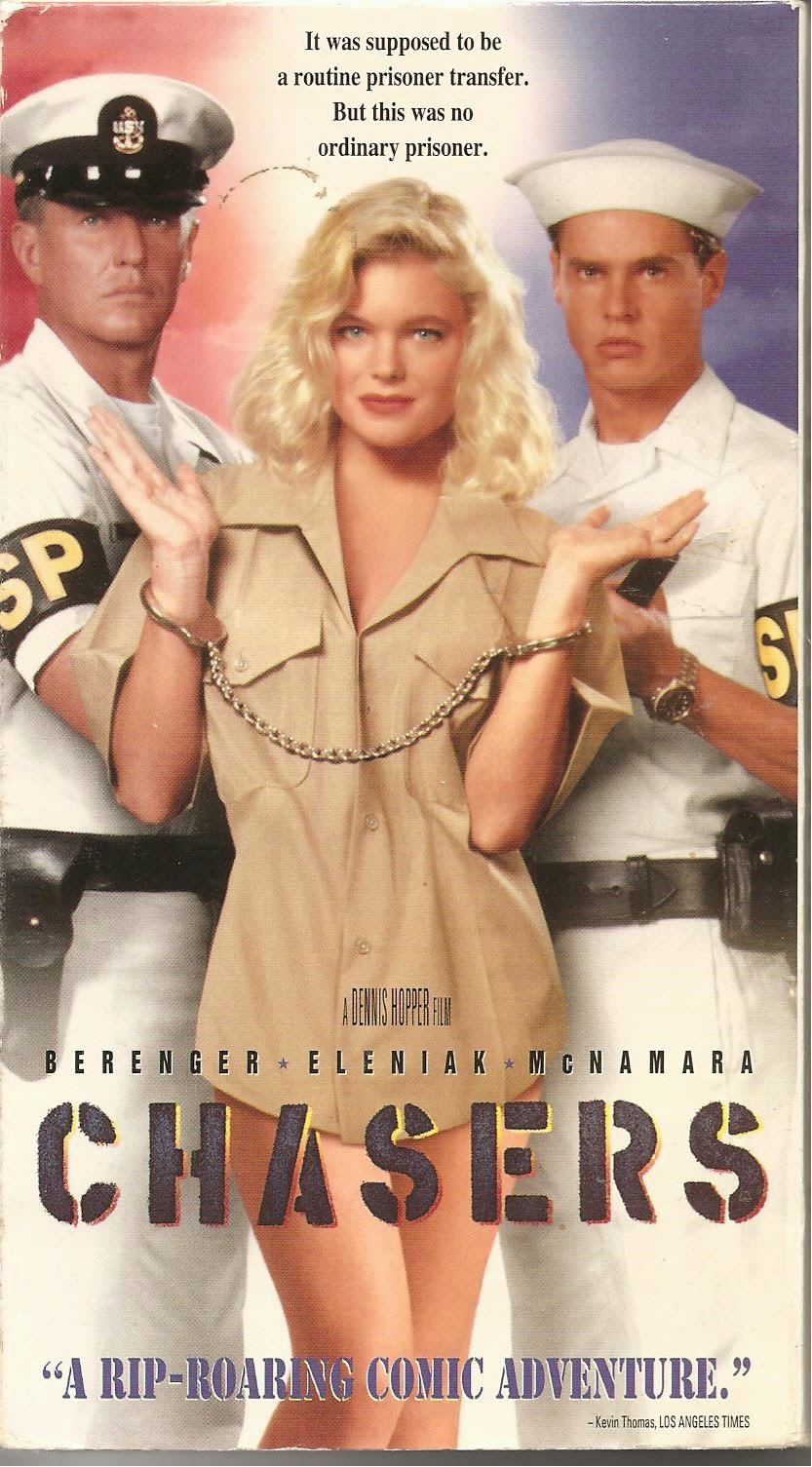 Blurb From the VHS Jacket: “Navy Shore Patrol lifer Rock Reilley (Tom Berenger) has seen it all. His upstart new partner Eddie Devane (William McNamara) has seen enough: he’s ready for discharge. But they haven’t seen anything until they meet feisty and beautiful Ensign Toni Johnson (Erika Eleniak), the prisoner they’re supposed to escort to base in Chasers, a rollicking road adventure directed by Dennis Hopper and featuring Gary Busey, Marilu Henner, Crispin Glover, Dean Stockwell and Hopper himself in colourful supporting roles.”

What Did I Learn?: Apparently, disguises – even bad ones – always work.


Really?: 1) We learn right at the beginning that Eddie is ripping off the Navy to the tunes of hundreds of thousands of dollars, and this is somehow simply incidental to the plot? 2) So wait, desk jockey Eddie can out-fight (or at least hold his own) in a brawl with Rock? Come on…. 3) See: “What Did I Learn?”

Rating: I wanted to like Chasers a lot more than I did. The film never takes itself too seriously, it boasts an impressive cast, and even provides a few laughs here and there. Moreover, Eleniak is incredibly sexy in several scenes, even if she was woefully miscast in her role. Unfortunately, none of the lead characters are terribly likeable (for that matter, Berenger plays Rock almost as a cartoon) and the story becomes increasingly contrived; how do these guys keep getting into random fights, and just how long a trip is it back to the base? By the end, I really didn't care. I cannot recommend this movie. 4.5/10 stars.

Would It Work For a Bad Movie Night?: Sure - take a drink any time Berenger tells somebody to shut up.