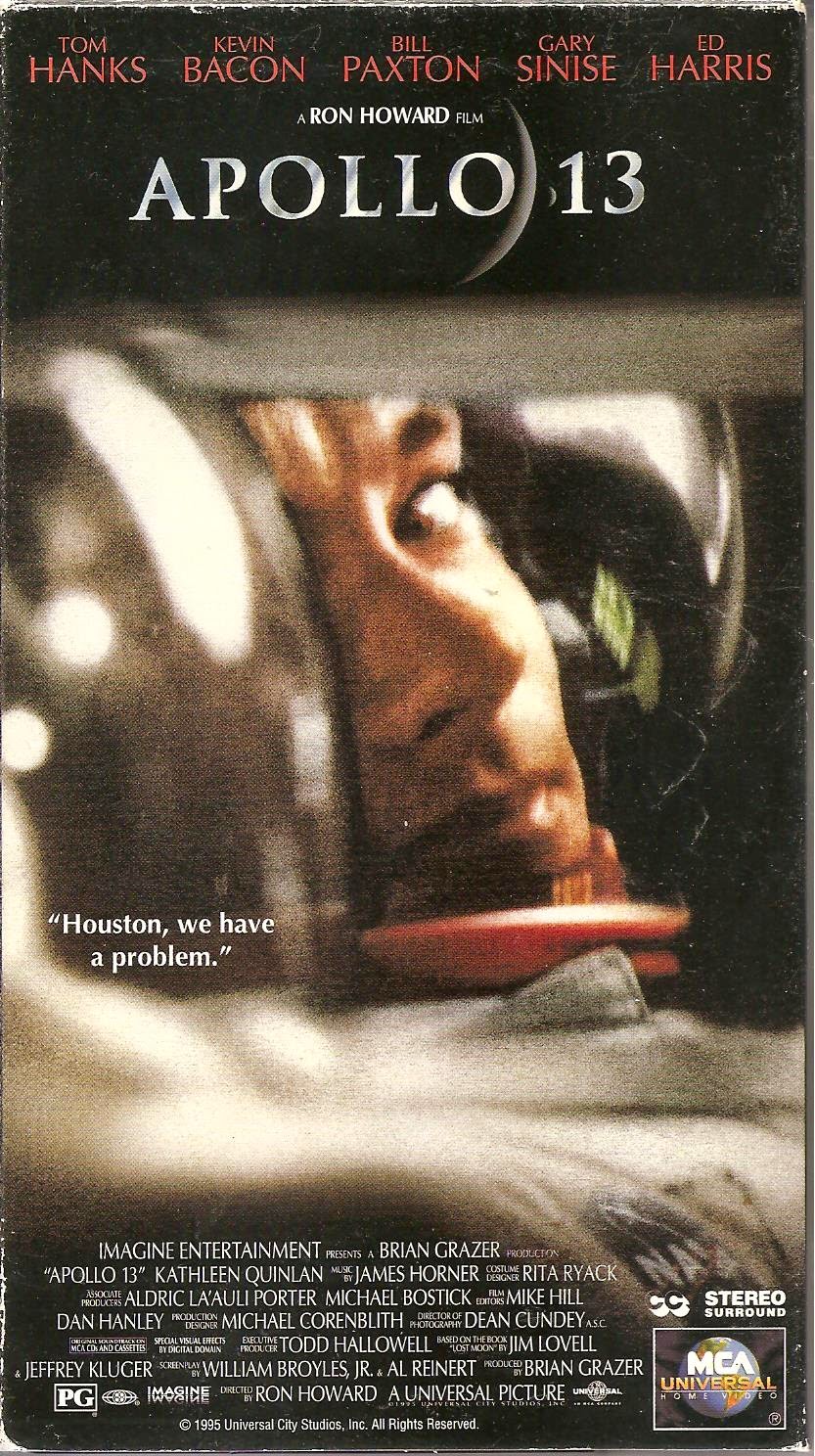 Synopsis: Houston, we have a long, and forgettable movie. 1995

Blurb From the VHS Jacket: “It’s a breathtaking adventure that tells a story of courage, faith and ingenuity that is all the more remarkable because it is true!”

You Might Like This Movie If: You know that things can get uncomfortable in the Apollo.
Really?: Apollo 13 is the re-enactment of a true story, so it’s tough to critique its overall credibility. That said, it struck me that Ron Howard could have instilled a growing sense of fear and claustrophobia by keeping the action squarely on the astronauts (think of Das Boot). Instead, we also see a lot of Gene Kranz (Ed Harris) in the giant Mission Control room, and Marilyn Lovell (Kathleen Quinlan in a paint-by-numbers role) in her home, so a mood is never developed.

Rating: I’ve always considered Ron Howard to be a competent, but not particularly gifted filmmaker, so it’s not a surprise that Apollo 13 is ok, but far from great (See: “Really?”). The movie is at least 45 minutes too long, there’s no memorable dialogue, and it often comes across like a two-and-a-half-hour episode of MacGyver: something breaks, and the astronauts have to race against time to develop a solution and fix the problem. Hanks and his co-stars all deliver solid performances, but there isn’t much character development or real human drama. 6.5/10 stars.