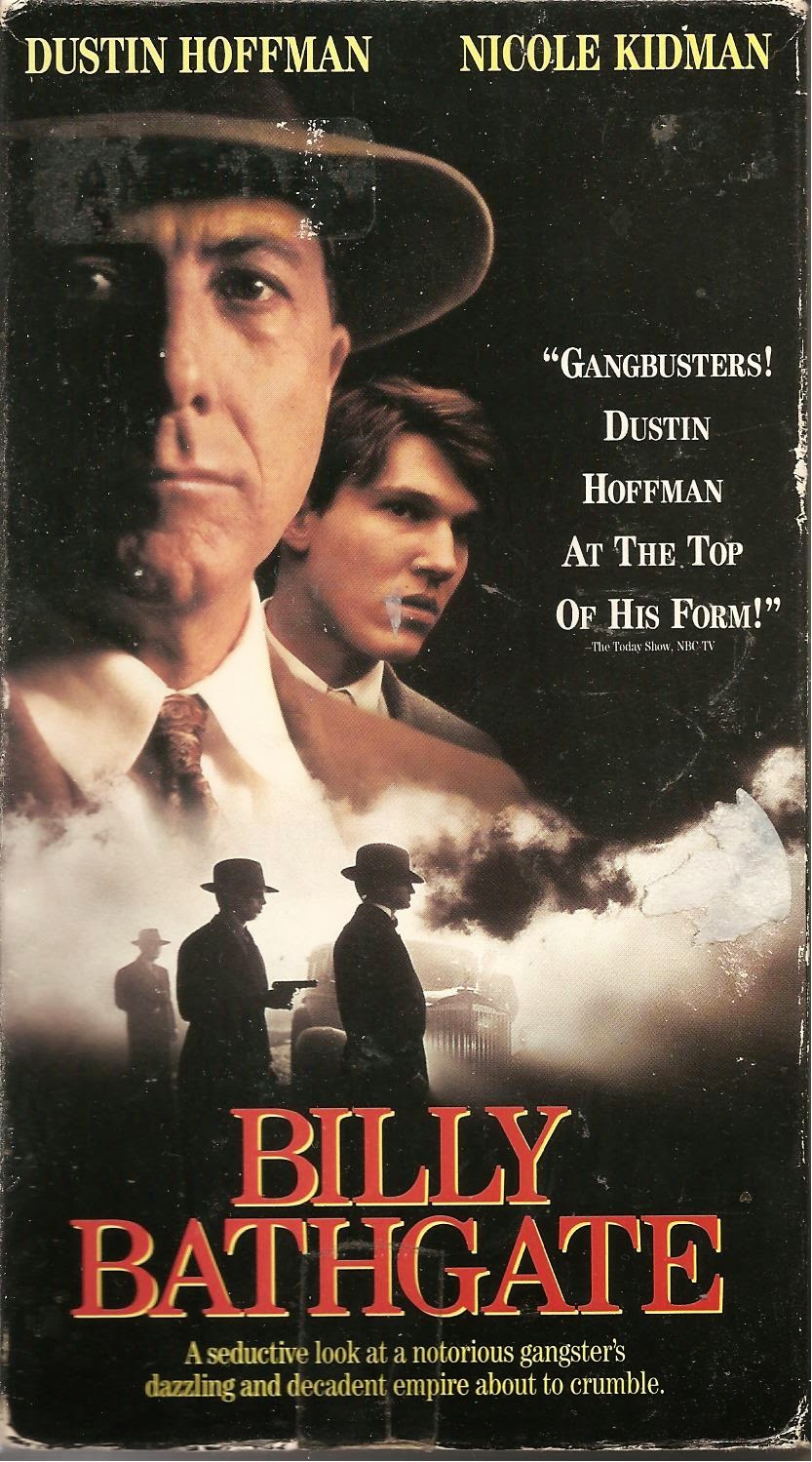 Hmm….Billy Bathgate and Miller’s Crossing would have been perfect for my salute to gangster movies a few years ago.  Oh – and please read my review of The Cotton Club – another film about a young man who became Dutch Schultz’s pal.

Blurb From the VHS Jacket: “Two-time Academy Award winner Dustin Hoffman (Best Actor – Kramer vs. Kramer and Rain Man) stars in the action-packed gangster epic detailing the rise and fall of notorious mobster Dutch Schultz as seen through the eyes of his young protégé, Billy Bathgate.”

What Did I Learn?: 1) “Protégé” and “Prodigy” are not interchangeable words.

You Might Like This Movie If: You've always wanted to see Dustin Hoffman play a non-fictional role.
Really?: 1) So wait – Billy takes part in the murder/execution of Bo Weinberg (Bruce Willis), and we’re supposed to think he’s still basically a good, wet-behind-the-ears kid? In most movies, that’s more-or-less a turning point for a character. 2) Wow… Billy’s relationship with Becky (Moira Kelly) certainly doesn’t develop very far past the first act, does it?

Rating: Billy Bathgate is an entertaining movie (Steven Hill – better remembered as Adam Schiff on Law and Order – does a wonderful job as Schultz’s long-suffering right-hand man, Otto Berman), but it has a few problems: Hoffman portrays Schultz almost as a cartoon, and Billy – the protagonist – just isn’t very interesting. Moreover, he’s a grown man, and we’re supposed to believe that everyone treats him like a 14-year old boy? Come on... 6.5/10 stars.