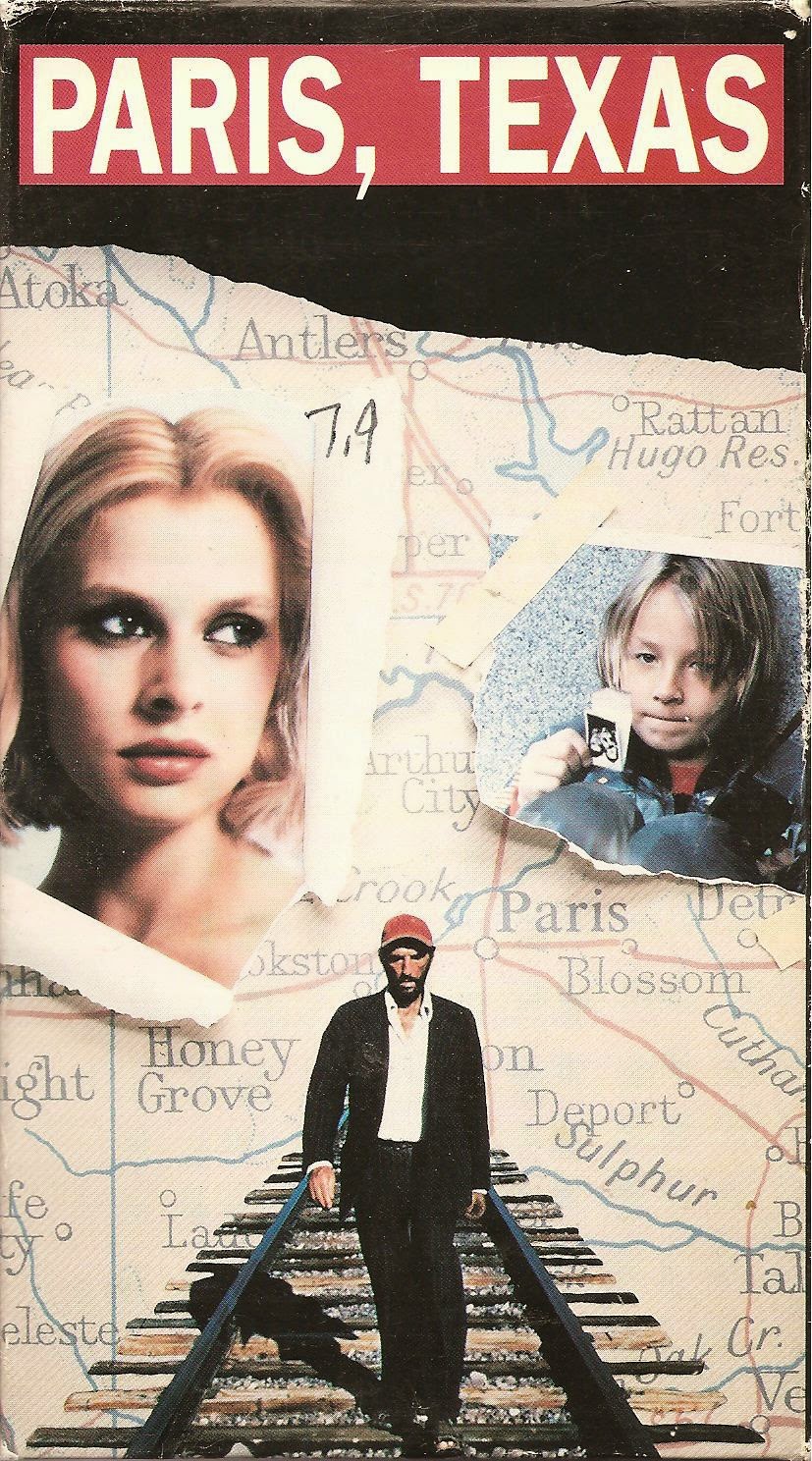 Synopsis: Wandering, mute, amnesiac man is nursed back to health and comes to the startling realization that used to be a pretty crappy husband and father.

Blurb From the VHS Jacket: “Rarely in motion picture history does a film receive the acclaim that has been bestowed upon PARIS, TEXAS – a contemporary story of a man’s journey, actual and psychological, toward the recovery of his past.”

What Did I Learn?: Lots of people make billboard ads.

You Might Like This Movie If: You're in the mood for something French...Texas-style!
Really?: 1) So, um…7-year old Hunter knows all about the Big Bang Theory, and the early formation of the planet? 2) I realize Travis is Hunter’s natural father, but my God – he kidnaps the boy and takes him across Southwestern United States. Wouldn’t Walt or Anne call the cops? 3) So, is Jane even remotely capable of taking care of her son? Wouldn’t Hunter be better off going home to Walt and Anne? Come to think of it, isn’t a little strange how both of them pretty much disappear, mid-way? 4) Funny how the audience twice sees a photograph of Travis' land in Paris, and yet none of the characters ever pay it a visit.

Rating: Much like Waking Life or Once Upon a Time in America, Paris, Texas is a haunting film that will stay with you a long time. There isn’t much plot to this movie, but the cinematography is magnificent, and Harry Dean Stanton delivers both a powerhouse performance and one of the greatest filmed monologues, ever. My only complaint (which is why I can’t give Paris, Texas ten stars) is that it’s extremely slow-moving, and you really need to be in the mood for it. Highly recommended. 9/10 stars.