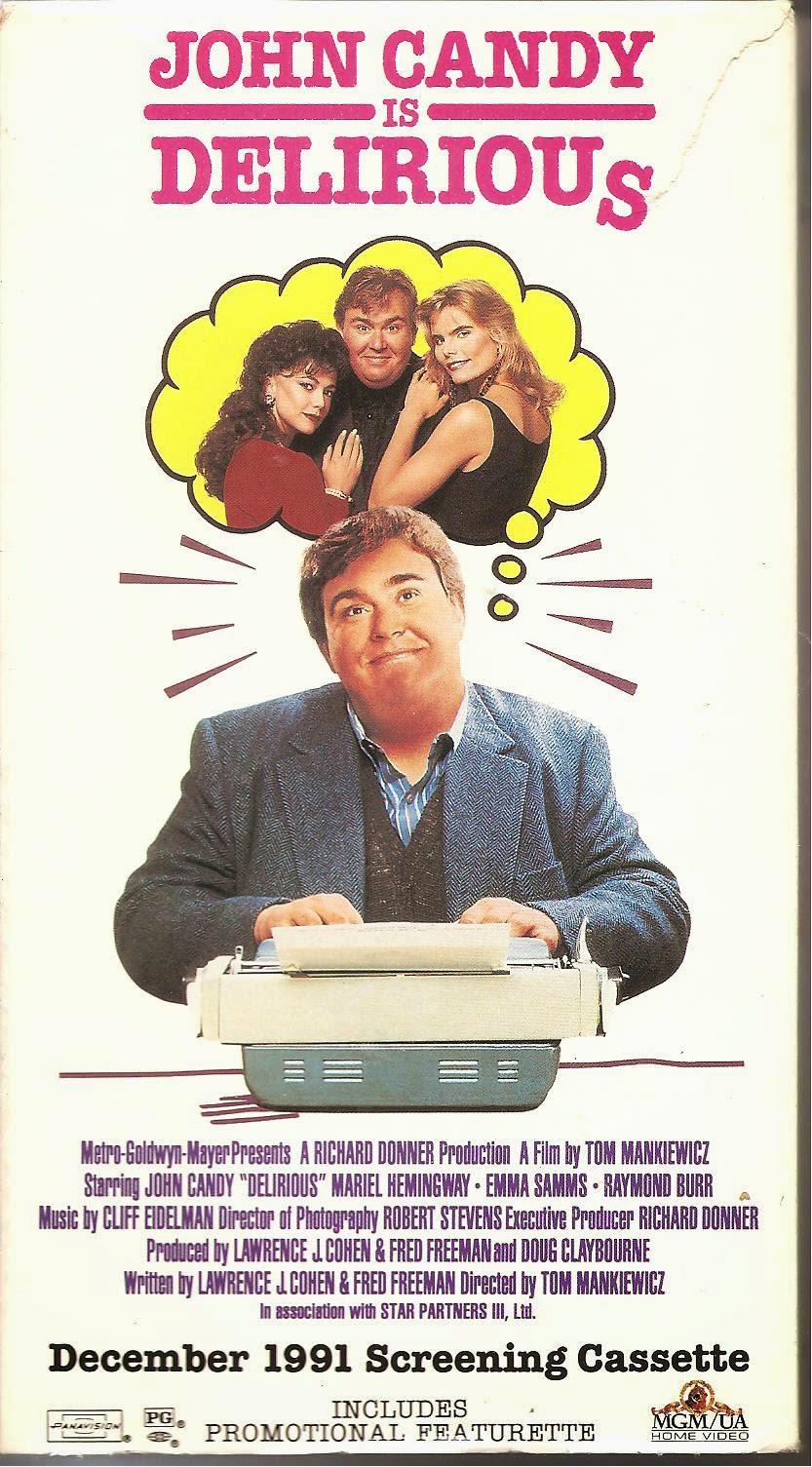 Salute to Television Movie #1 (Whoa…that’s TWO movies about characters who write for soap operas) Oh, and please click the link to read my review of Eddie Murphy's Delirious.

Blurb From the VHS Jacket: “JOHN CANDY IS DELIRIOUS!” (This is a special screening copy, so there’s no write-up blurb on the back)

What Did I Learn?: If you ever want to give Robert Wagner the brush-off, just ask: “Don’t you have a miniseries to do?”

You Might Like This Movie If: You sometimes feel as though you're trapped in a bad soap opera.
Really?: Most of Delirious is an hallucination, so it’s a little unfair to judge it on its overall credibility. That said, I had a difficult time believing Jack would become especially agitated about getting his cable fixed in order to watch the soap opera he writes. He works for a TV network - he would have no trouble watching it at the office, or getting a VHS tape.

Rating: Delirious is a long-forgotten low-budget John Candy comedy that bombed at the box office and both looks and feels like a made-for-TV flick. It’s not a great movie by any stretch, but it's not that bad, either. Candy’s character is likeable, the film has some genuinely amusing moments, and it’s a rare opportunity to see Raymond Burr deliver some funny lines. 6.5/10 stars.