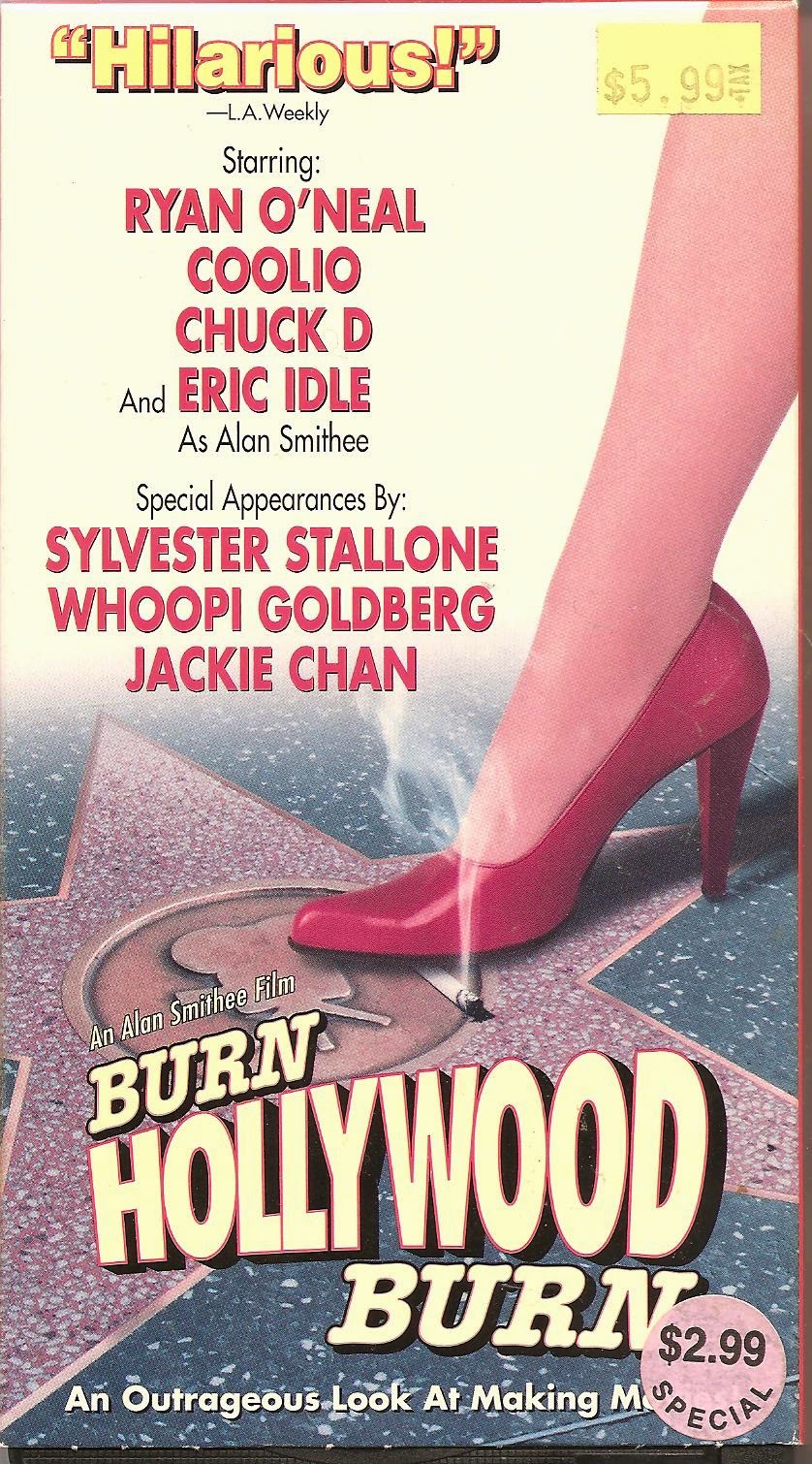 Happy New Year! My apologies for taking so much time for the first post of 2015.

Blurb From the VHS Jacket: “With hilarious humour and an all-star cast – get ready for the ultimate comedy about the movie business!”

You Might Like This Movie If: You don't feel like singing "Hooray for Hollywood". (Wow, this version is cheesy....)
Really?: So…this is supposed to be a documentary, and yet there’s unexplained footage that tells the audience what “really” happened? Oh, and why aren’t there any likeable characters in this cinematic mess?

Rating: I wanted to like An Alan Smithee Film: Burn Hollywood Burn a lot more than I did; the film has a great cast, as well as a humourous premise (put-upon director destroys his own bad creation and gets into trouble), but something really got lost in the execution. Honestly, there’s nothing more unwatchable than bad comedy, and Burn Hollywood Burn is unfunny, badly written, and absolutely terrible. I cannot recommend this movie. 3/10 stars.