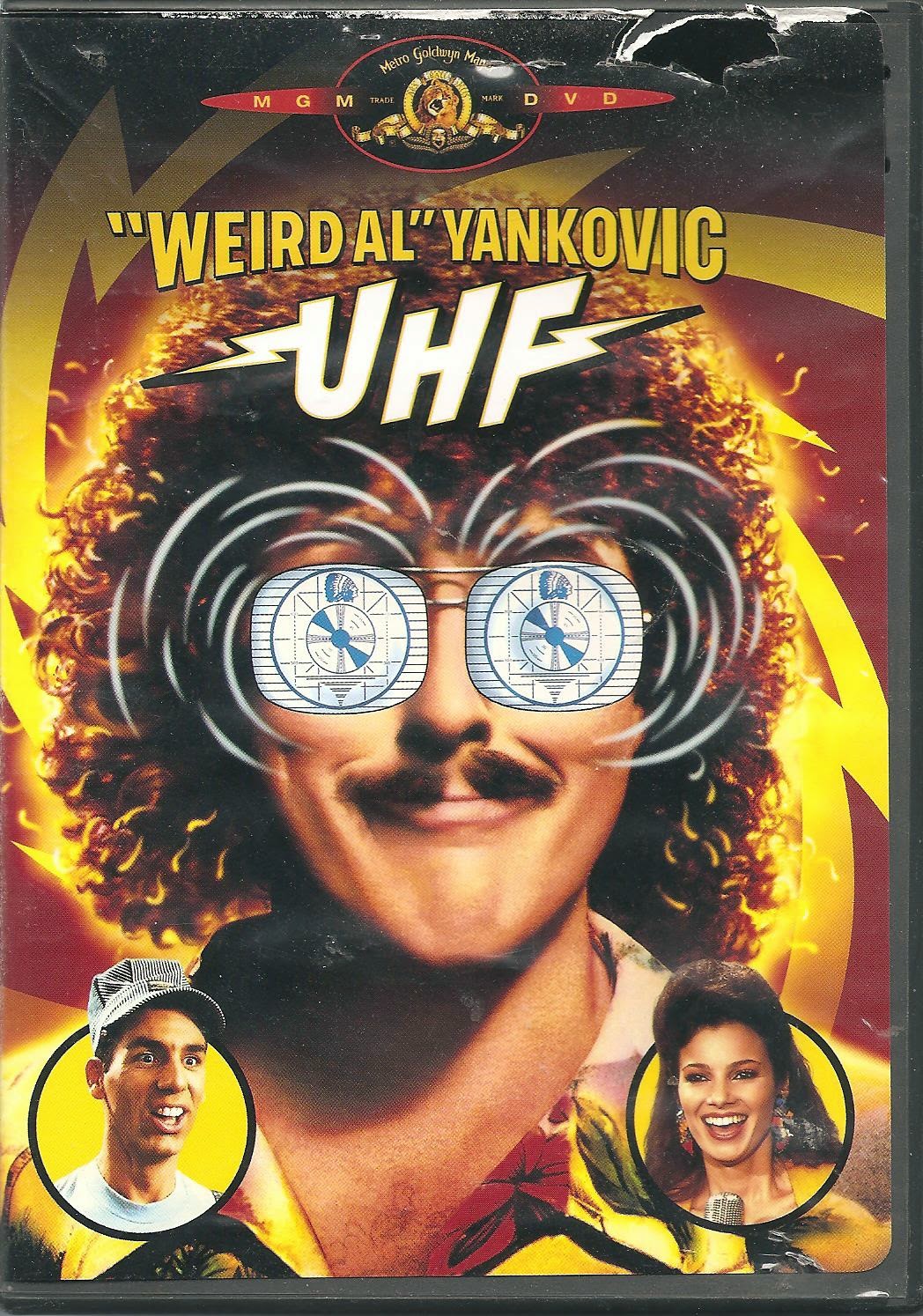 Synopsis: Ever wanted to watch an hour-and-37-minute-long Weird Al video that includes an actual Weird Al video? This is your lucky day…

Blurb From the DVD Jacket: “George Newman (Weird Al) is a daydreamer whose hyperactive imagination keeps him from holding a steady job….until his uncle hires him to manage Channel 62, a station that’s losing money and viewers fast.”

What Did I Learn?: 1) You gotta grab life by the lips and YANK as hard as you can. 2) Running a TV station is just like working in a fish-market. Except you don't have to clean and gut fish all day. 3) Sometimes you just hafta take what life gives ya, 'cause life is like a mop and sometimes life gets full of dirt and crud and bugs and hairballs and stuff... you, you, you gotta clean it out. You, you, you gotta put it in here and rinse it off and start all over again and, and sometimes, sometimes life sticks to the floor so bad you know a mop, a mop, it's not good enough, it's not good enough. You, you gotta get down there, like, with a toothbrush, you know, and you gotta, you gotta really scrub 'cause you gotta get it off. You gotta really try to get it off. But if that doesn't work, that doesn't work, you can't give up. You gotta, you gotta stand right up. You, you gotta run to a window and say, "Hey! These floors are dirty as hell, and I'm not gonna take it any more!"

Really?: UHF is a screwball comedy that obviously isn’t meant to be taken all that seriously. That said, it’s odd how Bob (George’s best buddy) more-or-less disappears mid-way through.

Rating: I have to give UHF a decidedly mixed review. While I found Weird Al’s movie debut a lot funnier when it was released in 1989, I couldn’t sit through the entire film this time around. UHF includes a number of great moments (the Gandhi II trailer is still awesome), and you have to love Michael Richards’ wonderfully manic performance as Stanley Spadowski, but it also has a few problems: Yankovic wildly overacts (he’s terrible), the humour is overwhelmingly loud, crude and obvious, and the movie never becomes more than the sum of its parts. 5.5/10 stars.