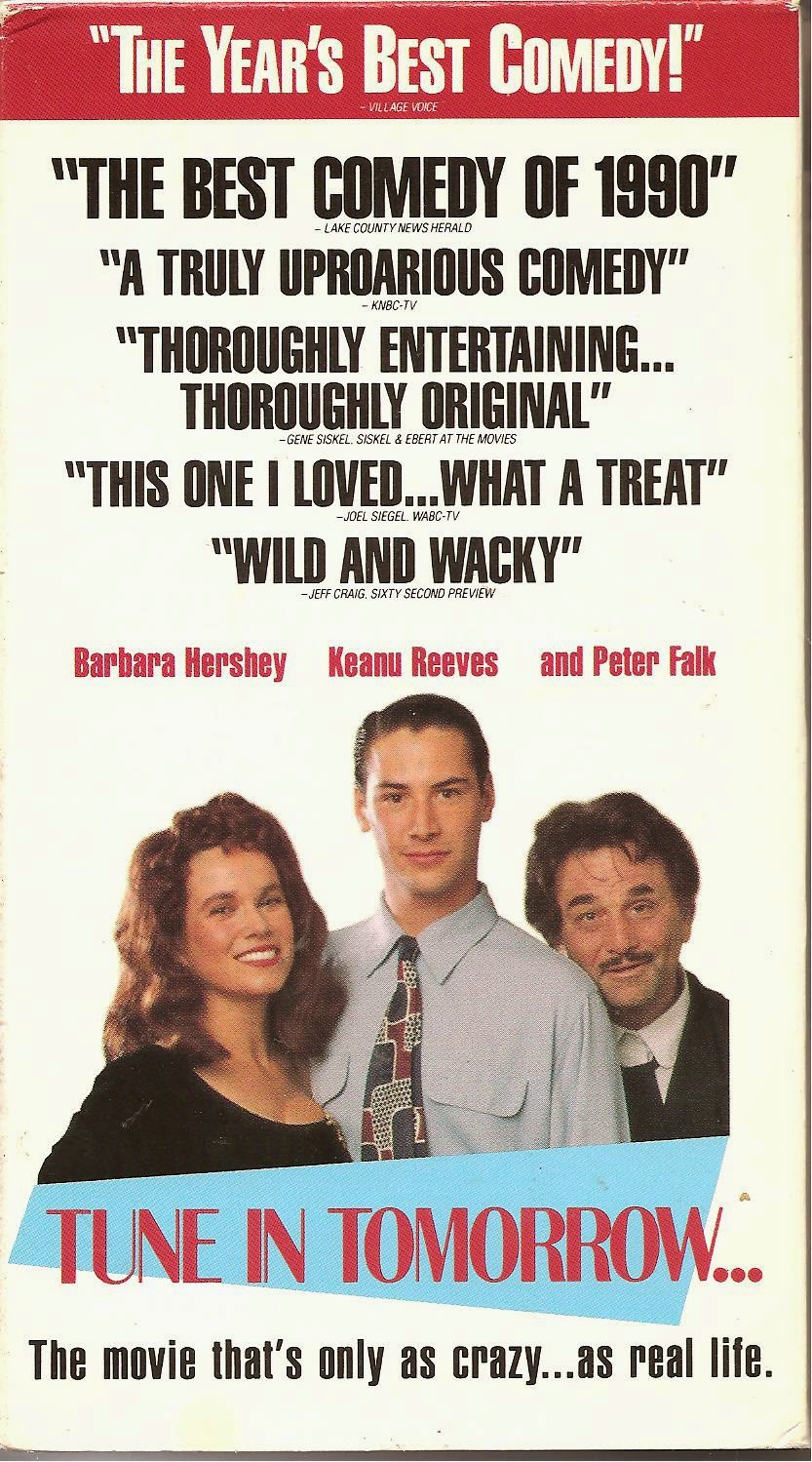 Blurb From the VHS Jacket: “Peter Falk is Pedro Carmichael, an eccentric writer of soaps hired by WXBU to liven up their ratings. There he meets Martin Loader (Keanu Reeves), a young writer with a problem: Martin has fallen madly in love with his older, twice-divorced Aunt Julia (Barbara Hershey) but she’s resisted all attempts at seduction – so far.”

What Did I Learn?:  “Life is a shitstorm, and when it's raining shit the best umbrella is art.” (Hmm… that sounds like something Jim Lahey might say on The Trailer Park Boys…)

You Might Like This Movie If: You're really in the mood to watch cheesy drama and a good brawl in New Orleans.
Really?: 1) Wow…I had no idea New Orleans had a gigantic Albanian community in the early 1950s. 2) I realize Pedro and the lead actor played a mean trick on Martin, but it’s a little disturbing to watch Keanu Reeves push around, and threaten to beat up two much older men.

Rating: I wanted to like Tune in Tomorrow a bit more than I did. Based on the novel Aunt Julia and the Scriptwriter, by Mario Vargas Llosa, the film is highly creative, and quite funny in places, but it’s also highly contrived and a bit of a mess – I can only assume that something got lost in the translation. I’ve always considered myself to be a Peter Falk fan, but his character isn’t well-defined (is he a loveable imp, or insane villain? This is never really made clear), and the reconciliation at the end between Martin, Julia and Pedro is a bit difficult to swallow. 6.5/10 stars.