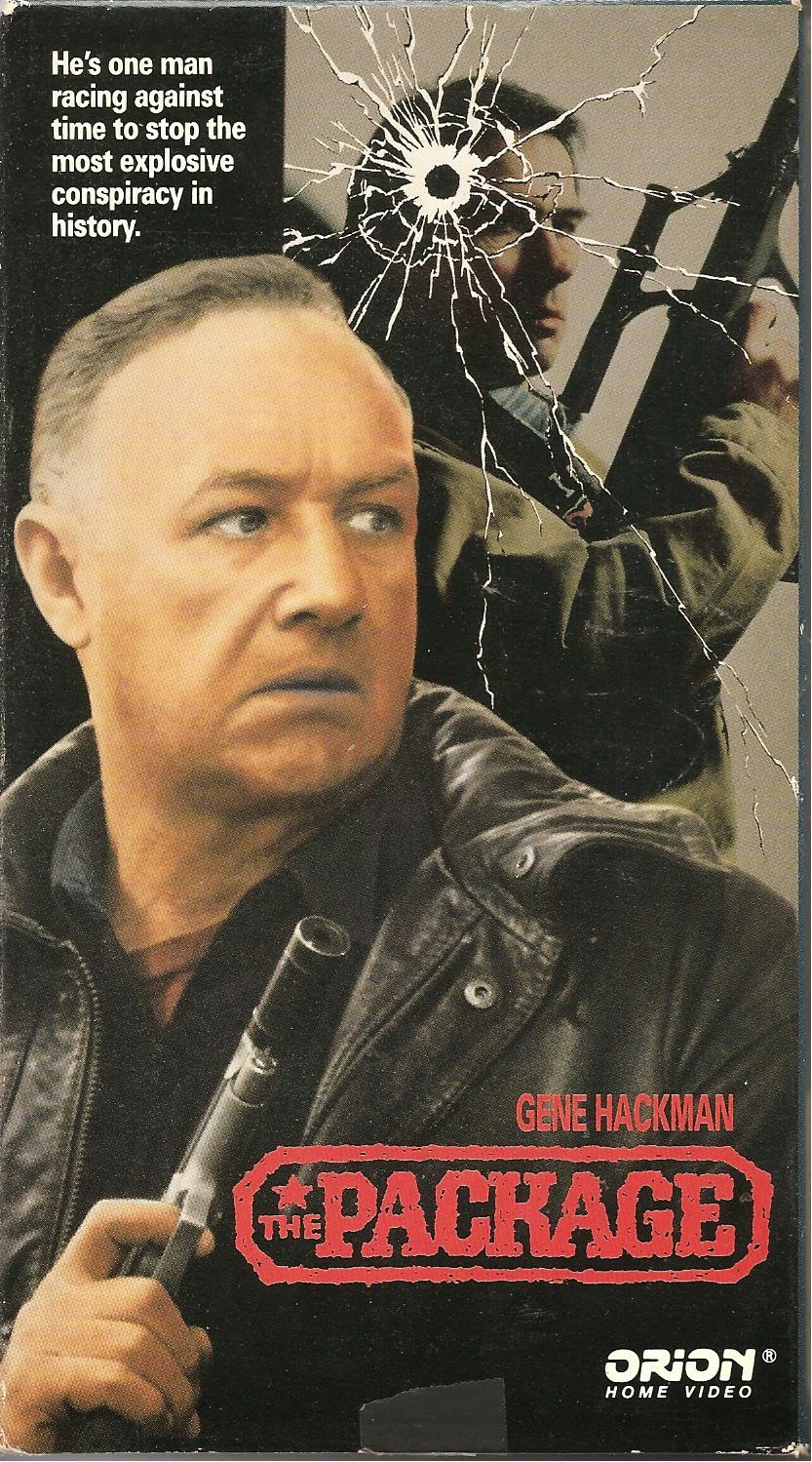 Synopsis: Honest military lifer is framed for murder by evil Russian and American conspirators who want to renew the Cold War by bumping off the Soviet Premier. Oh my God…. It’s Star Trek the Undiscovered Country without the pointy ears or William Shatner's ham-acting!

Blurb From the VHS Jacket: “All Sgt. Johnny Gallagher (Gene Hackman) had to do was escort a military prisoner, St. Walter Henke (Tommy Lee Jones), to the United States for court martial. He was given one set of handcuffs, one key and one prisoner. It should have been simple. It wasn’t.”

What Did I Learn?: If you’re ever in the military and you’re asked by a secretive government agency to infiltrate a neo-Nazi group, don’t do it. It’s a really bad idea.

Really?: 1) Wow…take a drink every time Tommy Lee Jones wears a funny hat or a goofy disguise. 2) So, was it necessary to frame Gallagher for murder? I mean, he escapes from the military base, and then this plot thread is more-or-less forgotten. He never has to run from the cops, or finds himself on America’s Most Wanted, for instance.

Rating: The Package is a compelling Cold War political thriller that’s still enjoyable, even if it now seems a little dated. Hackman does a great job of carrying the picture, and it’s definitely good for an evening’s entertainment. Strangely, however, even at a reasonable 108 minutes The Package seems far too long, and the third act really tends to drag (I’m thinking especially of an interminable scene of Hackman driving like a maniac to stop the assassination). 7/10 stars.