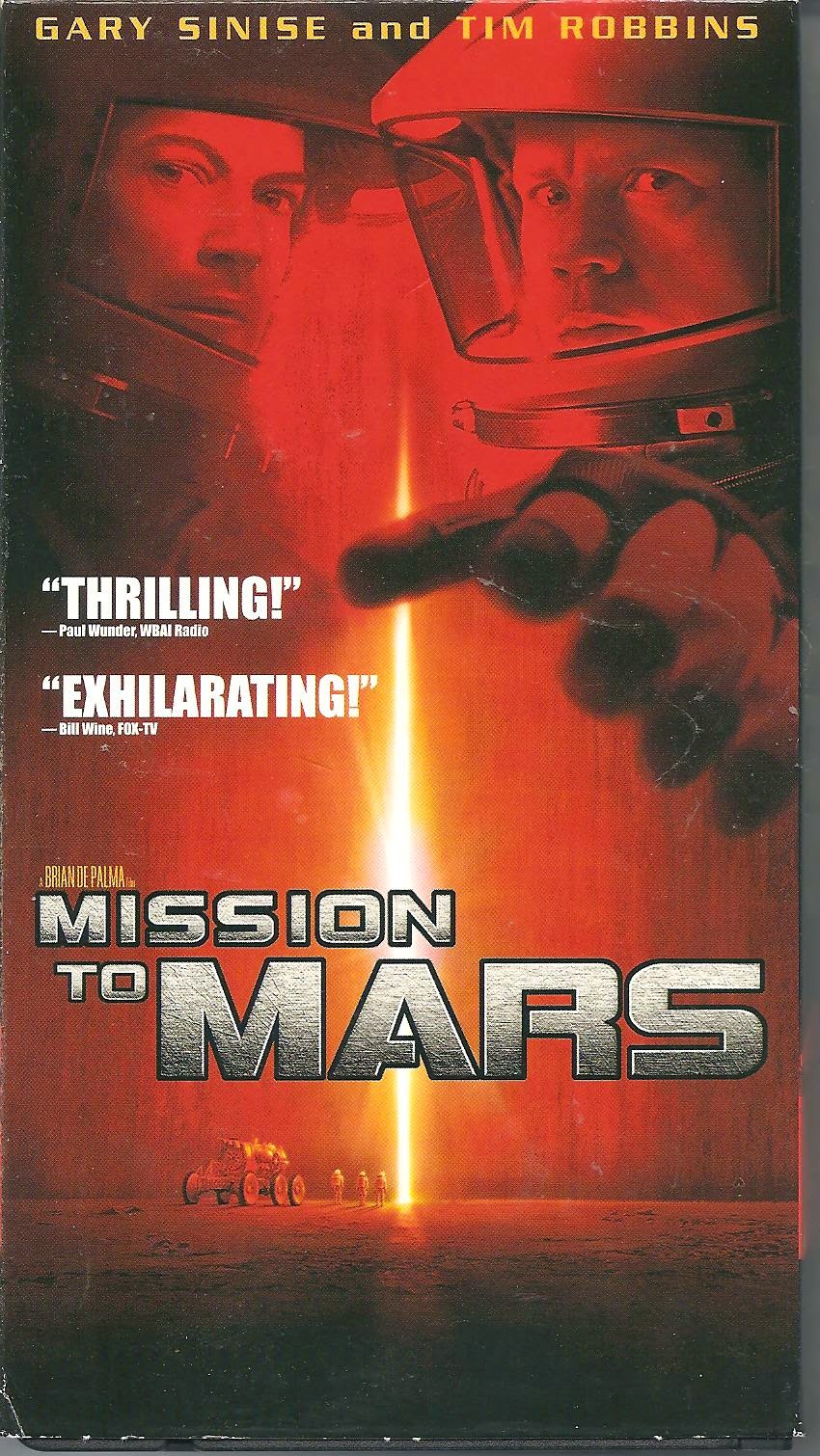 Synopsis: Um….the film is titled Mission to Mars. Take a wild guess what it’s all about.

Blurb From the VHS Jacket: “The year is 2020, and the first manned mission to Mars, commanded by Luke Graham (Don Cheadle, Out of Sight), lands safely on the red planet. But the Martian landscape harbours a bizarre and shocking secret that leads to a mysterious disaster so catastrophic, it decimates the crew.”

What Did I Learn?: 1) “Drifting through eternity will ruin your whole day.” 2) “Some couples dance, others go to Mars.”

You Might Like This Movie If: You'll watch anything that involves a trip to Mars.
Really?: 1) Wow….take a drink every time somebody tells Gary Sinise: “this mission should have been yours, man.” 2) Yeah….not sure the special effects department did such a hot job with that alien.

Rating: Mission to Mars is an entertaining, and occasionally thought-provoking film about an ill-fated journey to the red planet. Sinise turns in a good performance, and I especially liked Cheadle as a man on the verge of losing his sanity after being stranded on Mars, alone, for over a year, but too much time is wasted on thrills and chills, and the script is rather hackneyed, clichéd and obvious (see: “What Did I Learn?”) 6.5/10 stars.